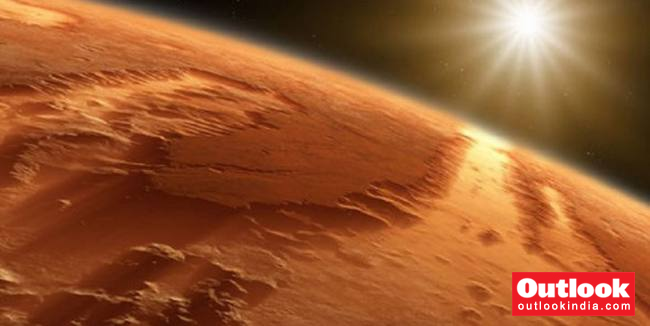 China’s first Mars exploration mission Tianwen-1 is currently more than 100 million km away from Earth and is functioning normally, the country’s space agency said on Tuesday.

The Mars probe will likely be about 190 million kms away from Earth when it reaches the vicinity of Mars.

It will conduct several orbital corrections and will likely decelerate to enter the Mars orbit in mid-February next year, state-run Xinhua news agency reported, citing the CNSA.

The Chinese Mars probe named Tianwen-1, or Quest for Heavenly Truth 1, will fulfil three scientific objectives– orbiting the red planet for a comprehensive observation, landing on Martian soil and sending a rover to roam the landing site.

China in recent years has emerged as a major space power with manned space missions and landing a rover in the dark side of the moon. It is currently building a space station of its own.
Chang’e 5, the third Chinese spacecraft to land on the moon, is the latest in a series of increasingly ambitious missions being carried out by Beijing.

China’s previous attempt to send an exploratory probe to Mars called Yinghuo-1, in a Russian spacecraft in 2011 failed as shortly after the launch it was declared lost and later burnt during re-entry.

The US, Russia, India and the EU have succeeded in sending missions to Mars, regarded as the most complex space mission.