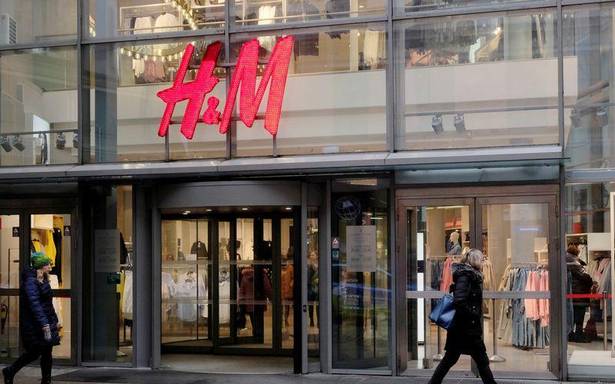 The cotton row has spilled over into the entertainment world, with Chinese celebrities dropping several foreign retail labels, including six U.S. brands such as Nike.

H&M faced a public backlash in China when social media users in the country circulated a statement the company made last year announcing it would no longer source cotton from Xinjiang after reports of the use of forced labour by Uighur Muslims.

Western governments and rights groups have accused authorities in the far western region of detaining and torturing Uighurs in camps, where some former inmates have said they were subject to ideological indoctrination.

Beijing denies the accusations and describes the camps in question as vocational training centres which help combat religious extremism.

Search results for H&M in the Didi Chuxing ride-hailing app for all of China’s major cities yielded no results on Friday. The company did not immediately respond to a request for comment.

The backlash against H&M caused Chinese e-commerce giant Alibaba Group Holding Ltd, shopping app Meituan and the maps app for search engine Baidu Inc to each remove the Swedish retailer from their listings.

Other overseas brands, including Burberry Group PLC, Nike Inc, and Adidas AG have also faced an online blowback for making similar statements regarding their sourcing of cotton in Xinjiang.

The Human Rights section of H&M’s website hmgroup.com on Friday no longer carried the link to the 2020 statement on Xinjiang. The statement could still be accessed through the page’s direct address.

Statements expressing concern about or intolerance of forced labour in Xinjiang previously seen on the websites of Inditex, VF Corp, PVH and Abercrombie & Fitchwere no longer available on Thursday.

PVH, Inditex and Abercrombie & Fitch did not respond to a request for comment.

“We have to stand by the brands keeping statements condemning slavery and shame those who are taking them down. This is a defining moment for these brands,” said French MEP Raphael Glucksmann, one of 10 EU individuals sanctioned by China who has run social media campaigns calling on retailers to stand against forced labour in Xinjiang.

“Consumers in Europe need to place counter pressure on companies retracting their statements.”

In an email to Reuters on Friday, company spokeswoman Carolin Westermann said that an undated English-language statement on its website stating that “so far, HUGO BOSS has not procured any goods originating in the Xinjiang region from direct suppliers” was its official position.

The cotton row has spilled over into the entertainment world, with Chinese celebrities dropping several foreign retail labels, including six U.S. brands such as Nike.

New Balance, Under Armour, Tommy Hilfiger and Converse, owned by Nike, have come under fire in China for statements saying they would not use Xinjiang cotton.

Other brands affected include Adidas, Puma and Fast Retailing’s Uniqlo.

“I can confirm that Uniqlo’s Chinese brand ambassadors have terminated their contracts,” said a Fast Retailing spokesperson.”Regarding cotton, we only source sustainable cotton and this has not changed.”

At least 27 Chinese movie stars and singers have declared in the past two days that they would stop cooperating with foreign brands.

Their decision was widely praised by Chinese internet users for being patriotic and trended high on the popular Twitter-like microblog Weibo.

“I have bought these kinds of products in the past and this situation doesn’t mean that I will now throw them away, destroy them or something like that,” said graduate Lucy Liu outside a Beijing shopping mall.

“What I’ll do is just avoid buying them for the moment.”

Beyond the fashion and retail industry, China sanctioned British organisations and individuals on Friday over what it called “lies and disinformation” about Xinjiang, days after Britain imposed sanctions of its own.

“China is firmly determined to safeguard its national sovereignty, security and development interests, and warns the UK side not to go further down the wrong path,” the Chinese Foreign Ministry said. “Otherwise, China will resolutely make further reactions.”

The sanctions are the latest sign of deteriorating relations between London and Beijing, including China’s crackdown on dissent in the former British colony of Hong Kong, which had been guaranteed its freedoms when it returned to Chinese rule in 1997.