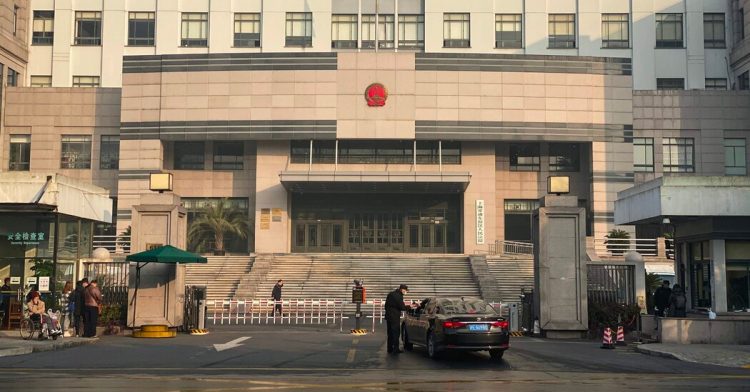 In protest of her arrest and indictment, Ms. Zhang had begun a prolonged hunger strike, her lawyers said. In response, the authorities force-fed her through a feeding tube and restrained her hands so she could not pull it out.

Ms. Zhang’s trial, at the Shanghai Pudong People’s Court on Monday, lasted less than three hours. The official charge on which she was convicted was “picking quarrels and provoking trouble,” a vague, common charge used against critics of the government. Prosecutors had initially recommended a sentence between four and five years.

Ms. Zhang appeared for the trial in a wheelchair, one of her lawyers, Zhang Ke Ke, wrote on Monday on WeChat, a messaging app. Mr. Zhang had written in a post a few days earlier that she had lost a significant amount of weight and was almost unrecognizable from even just a few weeks before.

Ms. Zhang barely spoke during the hearing, except to say that people’s speech should not be censored, wrote Mr. Zhang, who is not related to Ms. Zhang.

After the sentence was announced, Ms. Zhang’s mother, who had been escorted to the courthouse for the trial by security officials, sobbed uncontrollably, said Ren Quanniu, another of Ms. Zhang’s lawyers.

Few others had been allowed in, as sensitive hearings in China are often held behind closed doors. Ahead of the trial, reporters and supporters of Ms. Zhang gathered near the courthouse but were pushed away by security officials. One of Ms. Zhang’s friends, Li Dawei, said he and around 10 other people who had tried to attend the hearing were brought to a nearby police station.

Chen Jiangang, a Chinese human rights lawyer, said the length of Ms. Zhang’s sentence showed that the government saw preserving its narrative of the outbreak as fundamental to its hold on power.