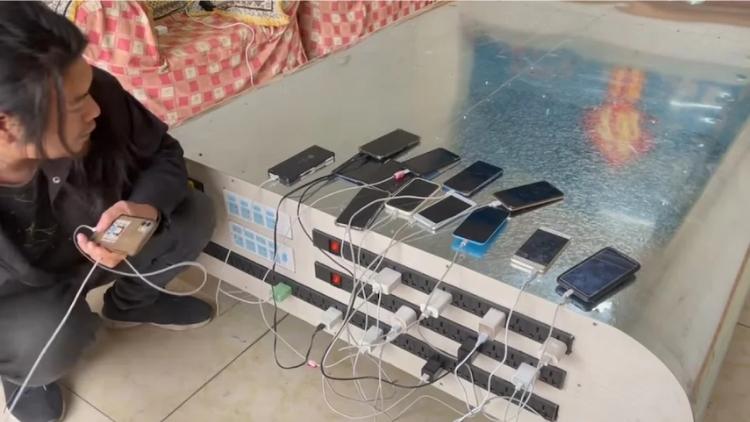 Regardless of how much power bank capacity we have, we always want to charge our phones 100%. That is the reason there have been a lot of power banks with huge capacity.

But it is also possible that they do not fulfill your need and you want more. So with the same problem a Chinese man Handy Geng, has invented a power bank with a capacity of 27million mAh.

Geng, on 29th January, has posted a video of making the power bank, on his Youtube Channel. He claims that the power bank can charge 5000 phones with 3000mAh batteries in one single charge, and also you can use a TV, washing machines, an electric scooter, and a kettle.

But it is not like a common power bank which you can carry in your pocket, it is huge and almost with a length up to a small car. You have to either carry it on wheels or a small truck.

The video shows how he has designed the power bank, attached the sockets, cut parts and fixed them properly, and then covered it with a silver sheet. In his video, he has also shown using TV, washing machine using his power bank. There are around 60 ports for charging phones.

He said he was triggered to make this power bank after his friends were having a larger power than him. The gigantic power bank is an absolute thing of beauty. But if you need to charge your phone urgently you cannot carry this power bank in your pocket.