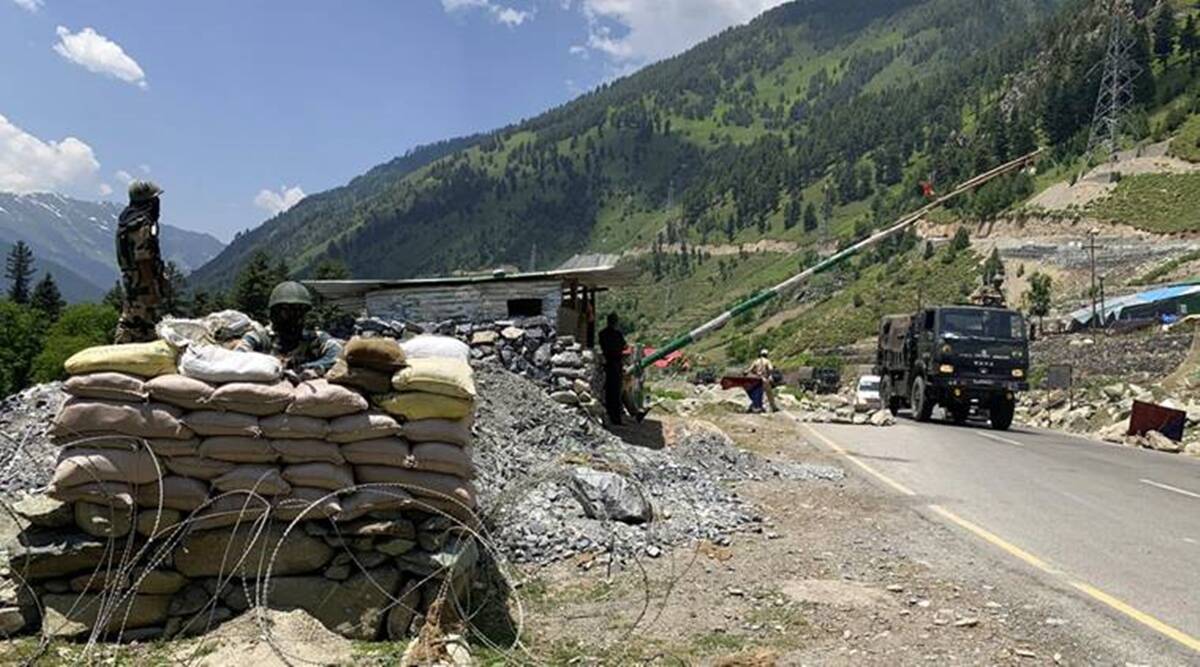 A Chinese soldier, who had crossed the Line of Actual Control (LAC) near the south of Pangong Tso in eastern Ladakh, was apprehended by the Indian Army in the early hours of Friday. The Army said that the Chinese soldier is being dealt with laid down protocols. More details about the incident are awaited.

In a statement releases on Saturday, the Indian Army said: “During early hours of 08 January, 21, a Chinese soldier was apprehended on the Indian side of the LAC, in Ladakh, in area South of Pangong Tso lake. The PLA soldier had transgressed across the LAC and was taken into custody by Indian troops deployed in this area.”

“Troops from either side are deployed along the LAC since friction erupted last year due to unprecedented mobilisation and forward concentration by Chinese troops. The PLA soldier is being dealt with as per laid down procedures and circumstances under which he had crossed the LAC are being investigated. Further details are awaited,” the Army stated.

South Pangong Tso, which is part of the Chushul sub-sector, is one of the areas where troops from both sides are just a few hundred meters apart. Indian forces in August-end had outwitted Chinese troops to occupy certain, previously unoccupied heights, which has allowed India to dominate the region.

Indian troops are positioned on peaks such as Mukhpari and Gurung Hill, both of which overlook the Spanggur Gap, a strategically significant 2 km-wide valley, that can be used to launch an offensive, as China had done in 1962. Some of the other heights that Indian troops have occupied since the end of August include Rezang La and Rechin La.

Senior government sources have told The Indian Express in the past that Indian troops are positioned across the LAC at some points in the Chushul sub-sector.

This is the second time that a Chinese soldier was apprehended for crossing the LAC in eastern Ladakh in the last few months. A PLA soldier identified as Corporal Wang Ya Long was apprehended in the Demchok sector of Eastern Ladakh on October 19 after he had strayed across the LAC, and the Army had received a request from the PLA about its whereabouts.

The soldier was returned to China two days later.

India and China are involved in a military standoff in eastern Ladakh for more than eight months. Both sides have around 50,000 troops each in the area, along with additional air defence assets, artillery and tanks.

Both sides have had eight rounds of senior commander-level discussions, the last of which took place on November 6, but there has not been any breakthrough. While China has insisted that India first vacate the positions occupied in the Chushul sub-sector, India has been demanding that all the friction points in eastern Ladakh be discussed together, and had been demanding for status quo ante, for all the troops in the region, including those on the frontlines, and in the depth areas, to be sent back to their positions as of April 2020.

While Indian and Chinese diplomats met on December 18 for the Working Mechanism for Consultation and Coordination (WMCC) on border affairs, in which both sides had agreed for the next round of discussions between the Corps Commanders, there has been no date decided yet, as a common agenda has not been agreed upon.

But both sides are in regular contact through the hotlines on the ground to avoid any misunderstandings and misjudgments.