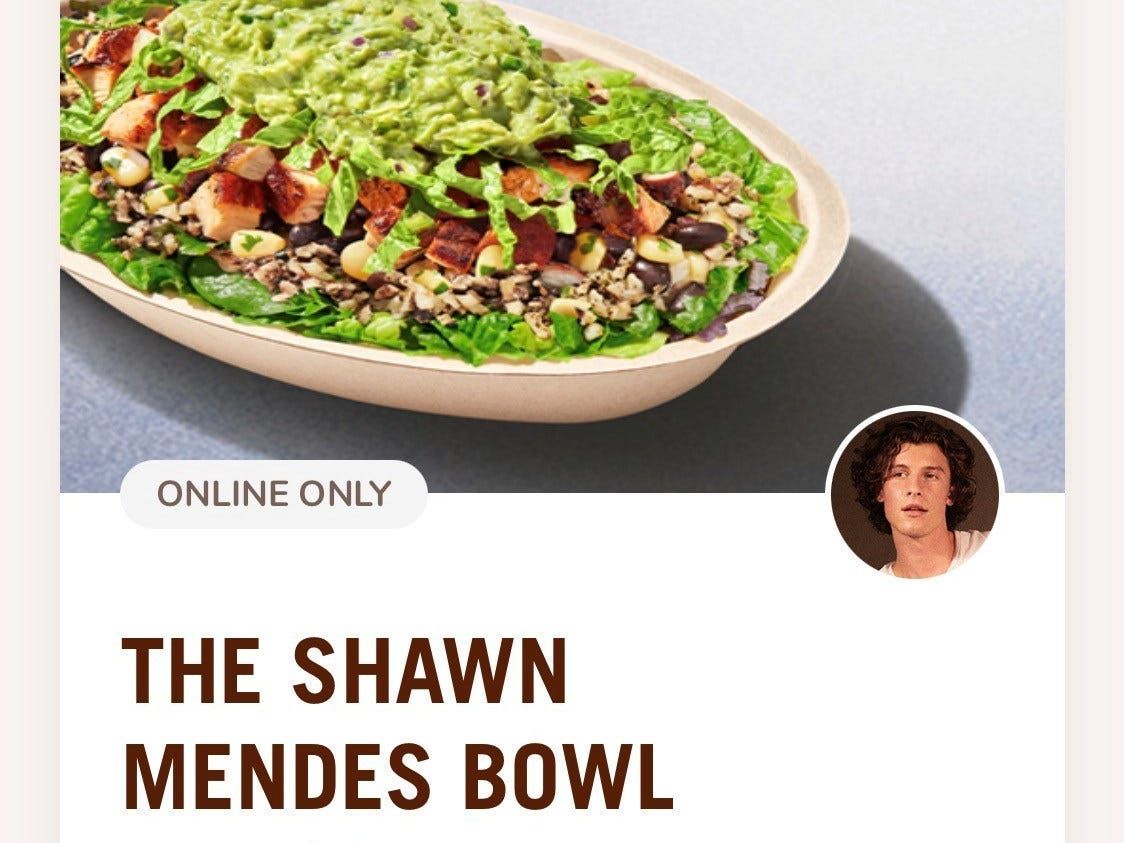 Customers can order the Shawn Mendes Bowl online or through the Chipotle app. The meal, which costs $12.20, consists of cilantro-lime “cauliflower rice, black beans, chicken, roasted chili-corn salsa, romaine lettuce, and guacamole. The cauliflower rice is a new addition this month, and for $2 per order it can be used in the place of white or brown rice.

Chipotle says that for every Shawn Mendes Bowl sold between January 14 and January 28, it will donate $1 to the celebrity’s foundation, which gives out grants to “empower young changemakers making an impact in sustainability.”

Collaborating with young artists and creators became huge for fast food chains in 2020, so it’s no surprise Chipotle is getting in on the trend. The deals helped brands connect with younger Gen Z customers, and often end up on social media and as TikTok trends.

Celebrity promotions aimed at young customers have been massively successful recently for McDonald’s with the Travis Scott meal and Dunkin’ with The Charli. Using Scott’s name was enough for McDonald’s around the country to start running out of burgers. The associated merchandise also sold out.

Subway, another fast food chain that operates with the same customizable assembly line approach as Chipotle, just introduced its own celebrity promotion featuring former NFL Pro-Bowler Marshawn Lynch and high protein options. Like Subway, McDonald’s, and Dunkin’, Chipotle’s Shawn Mendes Bowl frames an already-existing menu option in connection with a celebrity, instead of actually adding to the menu. As Kate Taylor noted for Insider, these celebrity partnerships give brands the interest of a new menu item without the added costs and logistics of actually adding new ingredients.