Home News Chirlane McCray, N.Y.C.’s first lady, gets a vaccine shot and says ‘there really is nothing to be afraid of.’

Chirlane McCray, N.Y.C.’s first lady, gets a vaccine shot and says ‘there really is nothing to be afraid of.’ 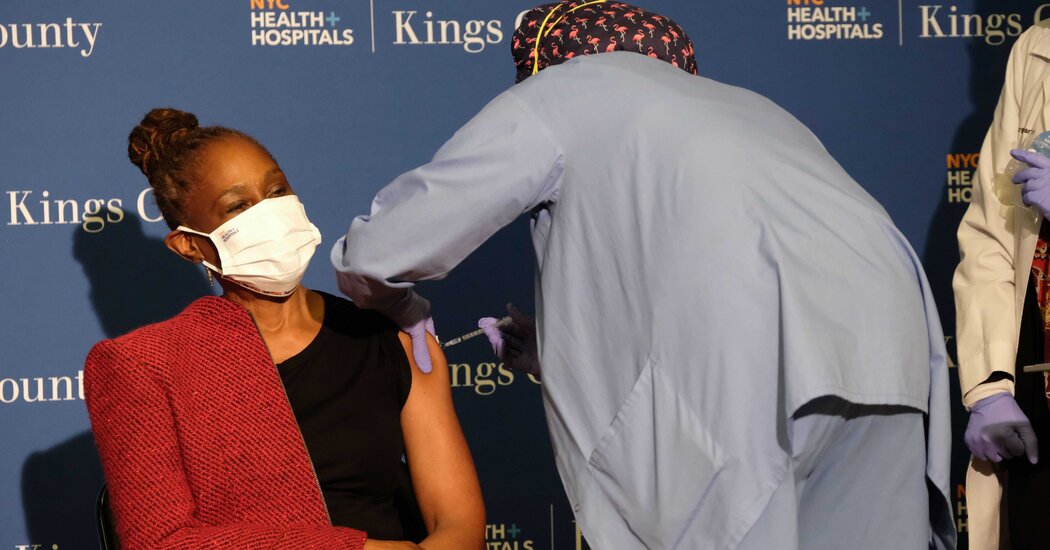 Ms. McCray, who is 66, meets the state’s current age requirement that allows New Yorkers older than 65 years of age to get the vaccine. Her husband, Mayor Bill de Blasio, who is 59, does not.

The city’s health department has pushed to encourage Black and Latino New Yorkers to get vaccinated, hoping to address vaccine hesitancy, in light of the history of unethical medical research in the United States. But Mr. de Blasio said last week that he and his wife, who is Black, would not receive the vaccine until they met state eligibility criteria, citing a desire to reassure New Yorkers that the process was fair and equitable.

“People need to see that folks they know, folks they trust and respect are getting the vaccine,” Mr. de Blasio said at a news conference. “They also need to know that the priorities are being respected and those who need it most are getting it first.”

After receiving her shot, a dose of the Pfizer-BioNTech vaccine, Ms. McCray encouraged eligible New Yorker to sign up for vaccine appointments — though access to those appointments, which are listed on dozens of disparate websites, has been one of the barriers to the equitable distribution of the vaccine.

As of Tuesday, New York City had administered more than a million doses of vaccine. Mr. de Blasio had hoped to provide that many doses in January alone but has blamed a lack of supply for the slower pace.