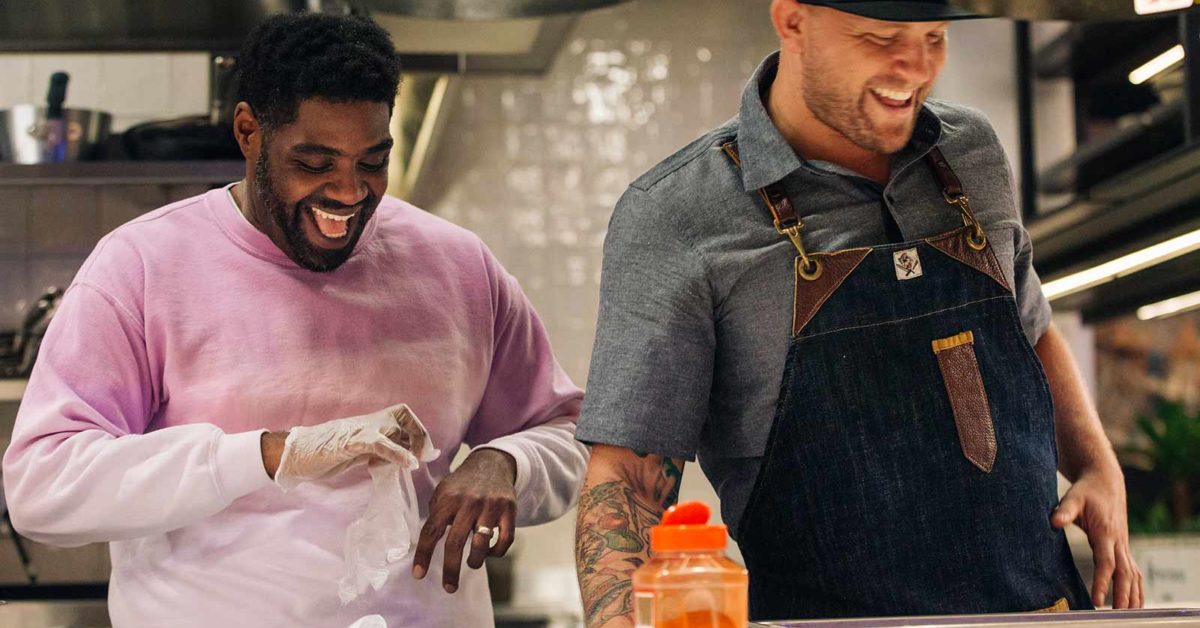 With the New York State legislature announcing they’ve finalized a plan to legalize recreational marijuana in the state, the Food Network might have a whole slew of new chefs to compete in the future if the “Chopped” spinoff Chopped 420 catches on. Announced on Saturday, the spinoff of the popular cooking competition series sees fur chefs compete through appetizer, main course, and dessert stages utilizing picnic baskets filled with different, challenging foods- except in this series, cooking with cannabis is an essential basket element. The winning contestant walks away with a $10,000 grand prize. Comedian and actor Ron Funches (Powerless, Fast Foodies) has been tapped to host, with chefs Esther Choi, Luke Reyes, and Sam Talbot; drag performer and cannabis activist Laganja Estranja, and comedian Tacarra Williams. Set to debut on April 20 (we’ll let you do the math to figure out the meaning behind premiering on that date), Food Network president Courtney White notes that the series marks the “first time in Chopped history” that competing chefs will “utilize cannabis to enhance their dishes,” vowing that “viewers are in for a wild ride.”

In an interview with High Times from May 2020, Funches explained the role marijuana plays in his everyday life. “I use it now for many things. For creativity, if I want to have a night where I stay up listening to music, I’ll throw on some instrumentals and I’ll smoke a bit and try to come up with some jokes. Or if I’m stressed after a long day on set, [weed] is really great,” he explained. “It used to be more of a thing to help me get through some bad times when I was stressed-out and poor and not really doing well. I had to readjust a little bit and now look at [cannabis] as more of a treat. Now, I usually try to wait until my workday is done and then get as high as I’d like.”