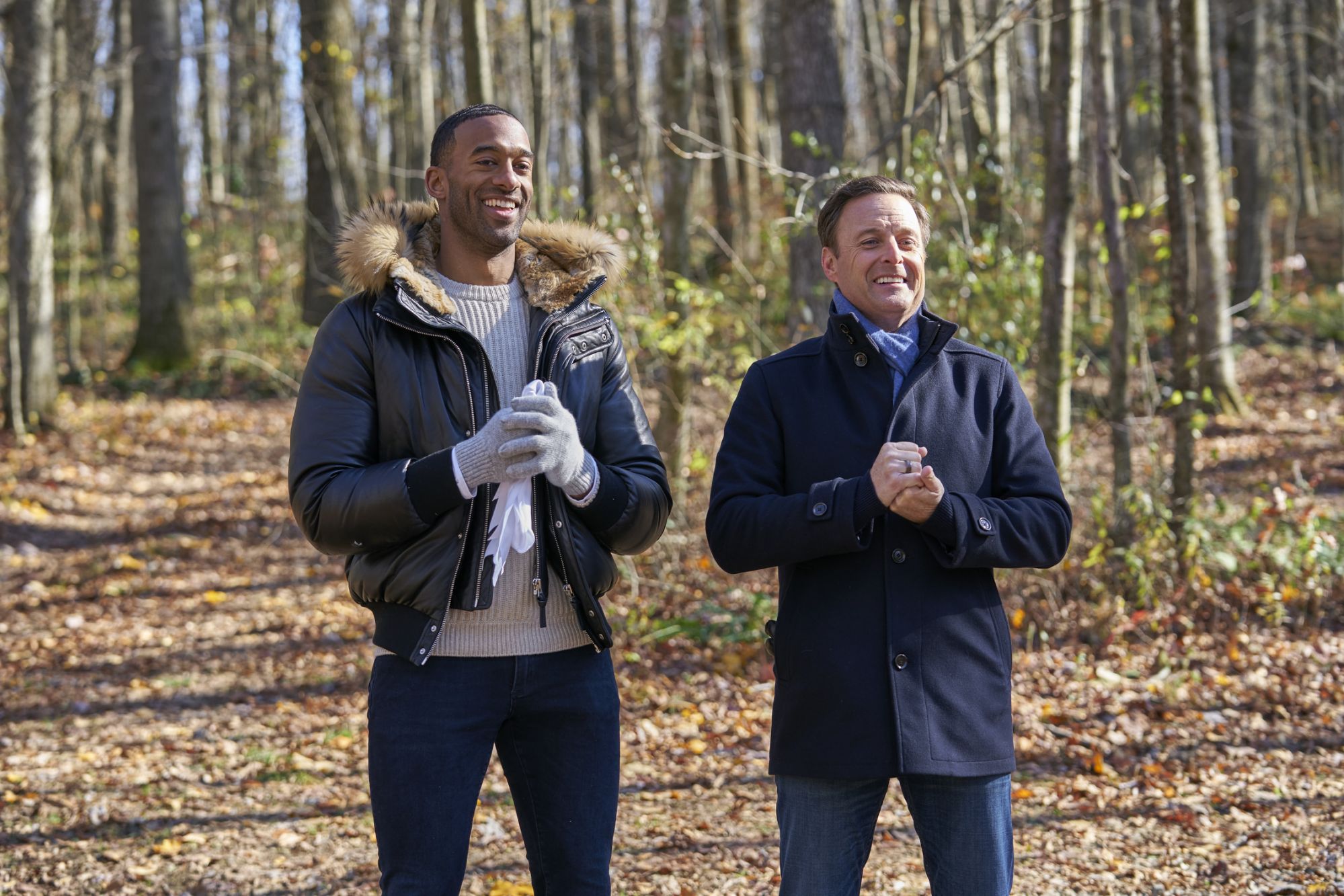 The Bachelor’s supposedly groundbreaking season is more problematic than ever.

Matt James, the franchise’s first Black Bachelor, spoke out on Friday after controversial contestant — and frontrunner — Rachael Kirkconnell apologized for past racist behavior. It’s the latest update in what has been a rocky few weeks for Bachelor Nation.

Here’s a look at the drama currently plaguing The Bachelor.

Racist allegations about Kirkconnell surface after the Season 25 premiere

Unverified claims about Kirkconnell and her family emerged on social media. In early January, a woman alleged she was bullied by the 24-year-old graphic designer for dating Black men. A few weeks later, someone accused Kirkconnell of liking Confederate flag-related social media posts. On Jan. 26, a TikTok about the Georgia native went viral recapping her allegedly problematic behavior, including photos of her appearing to attend a plantation-themed fraternity formal in 2018.

James breaks his silence and defends Kirkconnell on Feb. 2

One day after his one-on-one date with Kirkconnell aired, where James told her he was falling in love, he spoke out to Entertainment Tonight. “I have not spoken to anybody since the show ended, but I would say that you have to be really careful about what you are doing on social media,” James said of the allegations. “Rumors are dark and nasty and can ruin people’s lives. So I would give people the benefit of the doubt, and hopefully she will have her time to speak on that.” He’s the first person to publicly address the controversy.

Harrison addresses the rumors on Feb. 9 — and it doesn’t go over well

The longtime Bachelor host spoke to Rachel Lindsay, who was the franchise’s first Black lead in 2017, where he effectively defended Kirkconnell.

“We all need to have a little grace, a little understanding, a little compassion. Because I have seen some stuff online — this judge, jury, executioner thing where people are just tearing this girl’s life apart and diving into, like, her parents, her parents’ voting record. It’s unbelievably alarming to watch this. I haven’t heard Rachael speak on this yet. Until I actually hear this woman have a chance to speak, who am I to say any of this? I saw a picture of her at a sorority party five years ago and that’s it,” he said on Extra.

Lindsay pressed Harrison about that photo, saying “it’s not a good look.”

“It’s not a good look ever because she’s celebrating the Old South,” Lindsay explained. “If I went to that party, what would I represent at that party?”

Harrison issues an apology on Feb. 10

After the interview made headlines, Harrison was slammed by Bachelor Nation. The media personality issued a mea culpa.

“What I now realize I have done is cause harm by wrongly speaking in a manner that perpetuates racism, and for that I am so deeply sorry,” he explained.

Kirkconnell breaks her silence on Feb. 11

The controversial contestant spoke out on Thursday and apologized for past “offensive and racist” actions. “There are not acceptable or okay in any sense. I was ignorant, but my ignorance was racist. I am sorry to the communities and individuals that my actions harmed and offended,” she wrote.

In the wake of Kirkconnell’s apology, women cast on the current season of The Bachelor posted a message denouncing “any defense of racism.”

“Any defense of racist behavior denies the lived and continued experiences of BIPOC individuals. These experiences are not to be exploited or tokenized,” they wrote.

“But the things that have come to light about the Bachelor franchise this past week have just been eye-opening and I want to talk about the interview that was had between Chris Harrison and Rachel Lindsay regarding some of the actions from a current contestant, Rachael Kirkconnell,” Adams shared. “The photo that she was in, is racist. The party she attended, racist. Her actions have been racist. When there are blatant forms of racist acts, you cannot be defensive of it. It speaks volumes and I just have to say that I am really hurt by this response.”

The men of Season 16, which featured both Adams and Clare Crawley as Bachelorettes, issued a joint statement, too.

Nick Viall called Harrison’s interview “disappointing and harmful” on his Instagram story. Other former contestants weighed in too.

Do you know how many different types of parties there are to have in college? Tons. Choosing to have a party theme that apparently was banned by the University/Sorority is a choice. Not to mention the human decency of not having a party centered around slavery.

The “lens” that people are looking through in 2020 is the reality BIPOC have been living in their entire life.

Matt James issues a statement of support for Lindsay on Feb. 12

James shared a post from Lindsay on his Instagram story, saying he’s “beyond grateful” to have her as a mentor.

“Your advocacy of BIPOC people in the franchise is invaluable, I stand with you and the rest of the women advocating for change and accountability,” James wrote.