Chris Hemsworth and the ‘Thor’ team have taken some time off their work.

On Friday, the Marvel star was spotted spending some quality time with ‘Thor: Love and Thunder’ co-stars at the rugby game in Sydney, Australia. Taika Waititi, Natalie Portman, who plays the female Thor in the upcoming movie, and Tessa Thompson were among the cast members who joined Hemsworth and wife Elsa Pataky for the fun outing.

Jeff Goldblum, who was also spotted at the stadium seemingly confirms his role in the movie. Jeff played Grandmaster in ‘Thor: Ragnarok’,  but had not been announced yet as his returning for ‘Thor: Love and Thunder’.

Hemsworth shared a photo of himself with his wife and both standing at the pavilion. ”Great game last night, congrats @ssfcrabbitohs on the win! Thanks for the hospitality #russellecrowe @elsapatakyconfidential” he wrote. 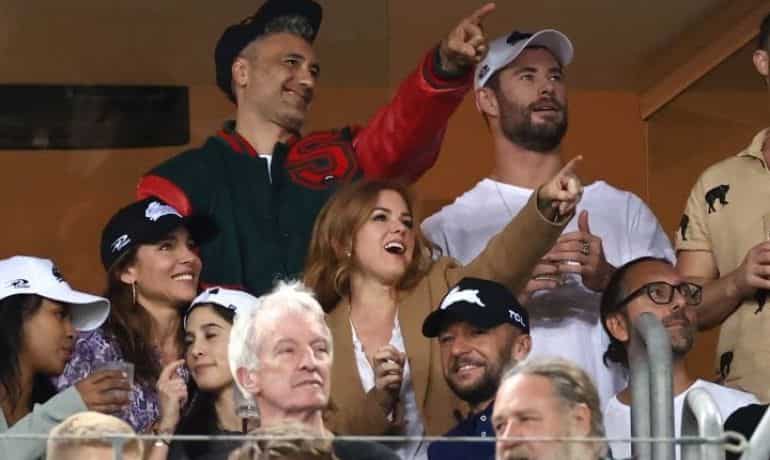 The official Instagram page of ‘South Sydney Rabbitohs’ also shared a picture of Chris with the team and wrote, ”Thor, Taika and the boys!”.

The whole Hollywood team is in Sydney for more than a month to film the latest Thor movie, which is due to hit cinemas in 2022.