Home General Christmas 2020: History of festivity, Christmas tree; all you need to know about birth of Jesus of Nazareth – World News , Firstpost

Christmas 2020: History of festivity, Christmas tree; all you need to know about birth of Jesus of Nazareth – World News , Firstpost 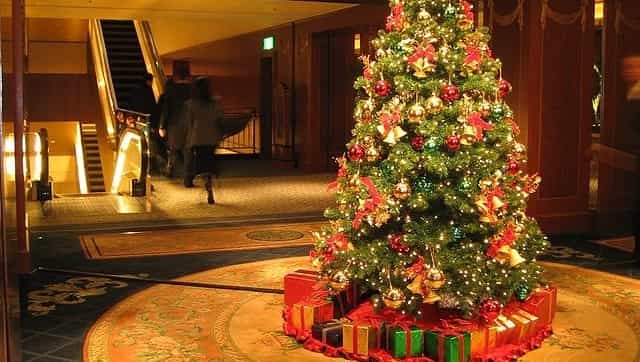 The Christmas tree tradition made its way from Germany to the United States in the late 18th century, when Hessian troops joined the British to fight in the Revolutionary War.

The world celebrates Christmas on 25 December annually as a joyous, religious holiday marking the birth of Jesus of Nazareth, whose teachings formed the foundation of the religion of Christianity.

However, historically, the celebrations have its roots in a distant, pre-Christian time, and often have darker more sinister origins.

According to a report in The Independent, the midwinter celebrations have been around far longer than the two centuries since the birth of Christ, with Pope Julius 1 fixing the date of Jesus’ birthday at 25 December in 340 AD.

The report adds that prior to that, Christ’ birthday was marked on at least three different dates, one of which fell in June. On the other hand, there were two major pre-Christian celebrations, which coincided with Christmas — the Roman Bacchanalia, or Saturnalia and the Yule Feast of the Nordic communities.

History of the Christmas tree

As per a report in BBC, Germany is credited with starting the tradition of Christmas tree as it is now known. According to the report, in 1848, the Illustrated London News published a drawing of the royal family of Queen Victoria and her husband, the German-born Prince Albert celebrating around a decorated Christmas tree, a tradition that was reminiscent of Prince Albert’s childhood in Germany. Soon enough, every home in Britain started having decked up trees along with small gifts.

Incidentally, as per a report by the National Geographic, it was Queen Charlotte—the princess of a German duchy who married King George III in the mid-18th century who is believed to have actually introduced the first Christmas tree to the royal household.

The Christmas tree tradition made its way from Germany to the United States in the late 18th century, when Hessian troops joined the British to fight in the Revolutionary War. Subsequent years saw German immigrants bringing the tradition to the US.

Time when Christmas got cancelled

A report in History.com mentions that there was a time when Christmas got cancelled in Europe. Riding a wave of religious reform, early 17th century Oliver Cromwell and his Puritan forces taking over England. Vowing to rid England of decadence, they cancelled Christmas. It was only through popular demand when Charles II was restored to the throne, did the holiday make a comeback.