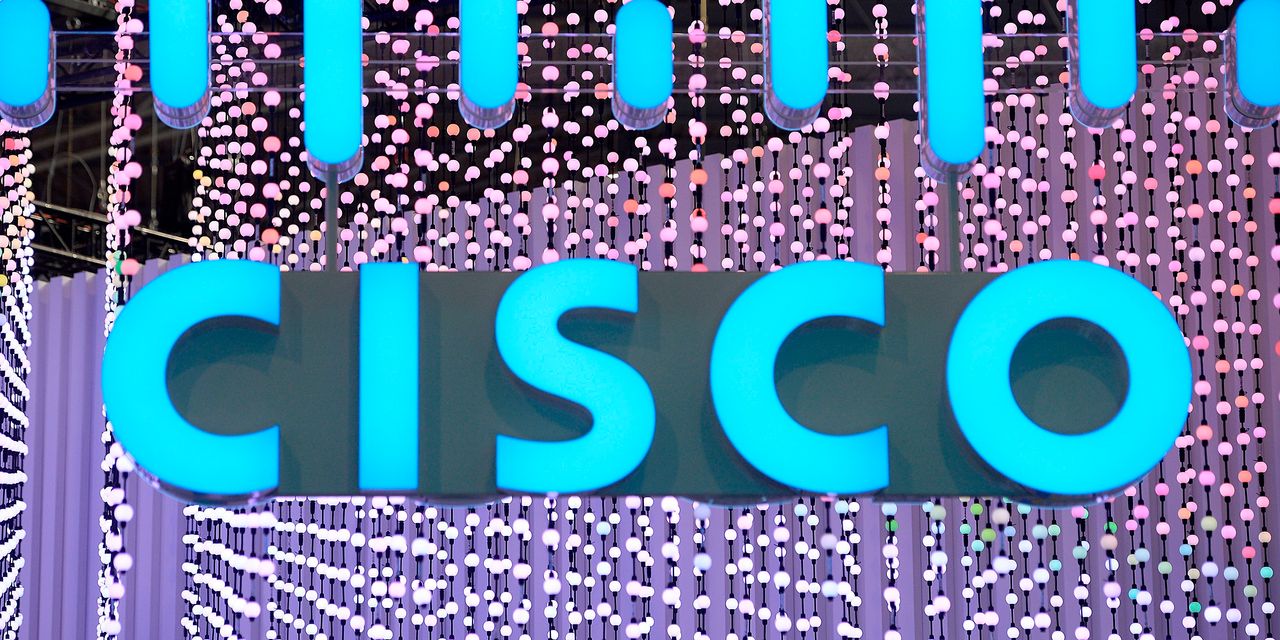 Revenue slipped to $11.96 billion from $12.01 billion in the year-ago quarter. Analysts surveyed by FactSet had forecast 76 cents a share on revenue of $11.92 billion.

Narrower-than-feared losses in the company’s infrastructure segment, however, made up for shortfalls in other segments when it came to Wall Street expectations.

For the second quarter, infrastructure sales declined 3% to $6.39 billion and applications sales were flat at $1.35 billion, while security sales rose 10% to $822 million from the year-ago period. Analysts had forecast infrastructure sales of $6.23 billion, applications sales of $1.4 billion and security sales of $833.4 million. Services revenue rose 2% to $3.39 billion, while analysts expected $3.41 billion.

Over the past 12 months, Cisco shares are up 1% as of Tuesday’s close, compared with an 8% advance by the Dow Jones Industrial Average
DJIA,
,
of which Cisco is a component, an 18% rise by the S&P 500 index
SPX,
,
and a 47% gain by the tech-heavy Nasdaq Composite Index
COMP,
.

“Don’t Write Your Assumptions”: Bhuvneshwar Kumar Slams Reports Of Him “Not Wanting To Play...

Don’t Lose That Loving Feeling: See the Stars of Top Gun Then and Now