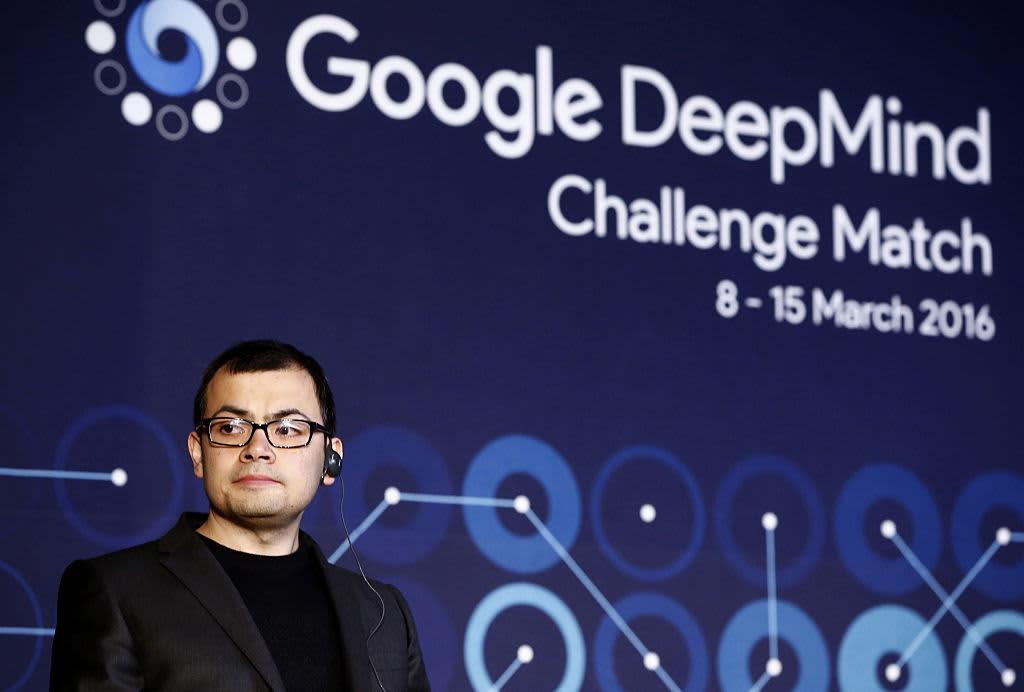 LONDON — Artificial intelligence (AI) lab DeepMind has shifted its focus from climate change to other areas of science and is pursuing its original mission of creating artificial general intelligence (AGI), which is widely seen as the holy grail of the nascent technology, according to several people familiar with the matter.

While DeepMind, acquired by Google in 2014 for $600 million, denies it has shifted its focus, several key climate change researchers that were part of the company’s energy unit have left the company over the last two years, and it has made few climate change-related announcements.

The energy unit, which has attracted its fair share of attention over the years, has vanished and none of the company’s staff mention it on their LinkedIn profiles, based on CNBC analysis. When asked about this, a DeepMind spokesperson said: “Over time we’ve moved away from a narrower focus on domains, and cross-functional teams across DeepMind now contribute to our growing set of climate and sustainability projects.”

They added: “As well as ongoing partnerships with Google to scale the benefits of our energy-saving technology, we have new projects underway in several areas, including more efficient approaches to machine learning.”

One of the DeepMind’s early and perhaps most successful projects involved slashing Google’s enormous electricity bill, instantly reducing the company’s carbon footprint. The search giant, technically a sister company to DeepMind as they’re both run by Alphabet, announced in July 2016 that it had been able to reduce the energy consumption of its data center cooling units — used to stop Google’s servers from overheating — by as much as 40% with the help of a DeepMind AI system.

DeepMind didn’t stop there. It has been working with the Google Cloud division on a new platform that provides AI control of cooling systems in commercial and industrial facilities.

In 2017, DeepMind started recruiting more experts at Google’s sprawling new campus in London’s King’s Cross neighborhood to investigate how AI could be used to slow the effects of global warming. It formed a new team called “DeepMind Energy,” run by Jim Gao, a former Google technical lead who spearheaded the data center project with DeepMind. Gao declined to comment on this story.

DeepMind Energy grew to around 14 people and was tasked with dreaming up new AI technologies to fight climate change.

In 2019, DeepMind Energy announced its first big win. It had boosted the revenue Google made from its wind farms in the U.S. by around 20%. The wind farms form part of Google’s network of renewable energy projects.

DeepMind’s AI was used to predict the energy output of the wind farms up to 36 hours ahead of actual generation — worthwhile, because energy sources that can be scheduled to deliver a set amount of energy at a set time are often of more value to the grid.

While the company’s achievements are significant, it has yet to publicly confirm where and how its energy-saving AI has been applied beyond Google’s data centers and wind farms.

At one point, DeepMind wanted to use its AI technology to optimize National Grid, which owns and operates the infrastructure that provides electricity to homes and businesses around Britain.

“We’re early stages talking to National Grid and other big providers about how we could look at the sorts of problems they have,” DeepMind Chief Executive Demis Hassabis said in an interview with The Financial Times in March 2017. “It would be amazing if you could save 10% of the country’s energy usage without any new infrastructure, just from optimisation. That’s pretty exciting.”

Last March, it emerged that talks had broken down between DeepMind and National Grid. The organizations spent a considerable amount of time working together, sometimes at a National Grid facility near Reading, in the English county of Berkshire, but there were many hurdles to overcome if anything was ever going to be implemented.

Humayun Sheikh, an early investor who backed DeepMind’s seed round, told CNBC that commercializing the company’s AI software is difficult, adding that the company would have “probably failed” without Google.

Sheikh, who claims to have spent five years discussing the idea behind DeepMind with Hassabis before it was incorporated, said: “The concern, the question marks, have always been in commercialization. How do you do it?”

Sheikh said National Grid may have had concerns about being tied into a deal with a large corporation like Google.

He added: “I don’t think the model which DeepMind or any of these big machine learning and AI companies use is workable … unless it’s provided as a service. But then the problem comes with the data, the GDPR issues.” GDPR is a set of data protection and privacy regulations introduced by the European Union in May 2018.

The talks between DeepMind and National Grid ultimately broke down because they couldn’t agree on the financial details, according to a source familiar with the matter who wished to remain anonymous due to the sensitive nature of the discussion. “The money DeepMind was asking was outrageous,” the source said. “Most of their work is internal and they bill Google for it,” the source added. “They sell the work of their AI engineers at super inflated prices, and not at the price that the market values their output.”

When asked about this, a DeepMind spokesperson said: “We engaged in early-stage exploration around the application of AI to optimize the UK’s electricity grid. This mutual effort was highly collaborative, and resulted in many shared ideas for how technology can improve grid efficiency and resilience. This exploration has now concluded and we don’t currently have any further work planned.”

Gary Marcus, CEO of robotics company Robust AI, and co-author of “Rebooting AI,” which critically analyzes the industry and suggests how to advance it further, told CNBC that the technology may not have worked well enough for National Grid to justify the cost.

“Their primary technique, deep reinforcement learning, works best in well-controlled environments, such as board games, and may struggle with the complexity and unpredictability of the real world,” Marcus told CNBC.

Sheikh added: “The technology might not have worked because it’s not really that mature.”

In a podcast interview published in October Hassabis reiterated that DeepMind’s AI software “could be applied at a grid scale,” suggesting he hasn’t given up. “We’d love to try that at some point and save energy at a national scale,” he said.

While things didn’t go according to plan with National Grid in the U.K., DeepMind may look to engage in talks with other governments.

With around 1,000 staff, DeepMind’s workforce is divided into those who focus on research and those who focus on applying DeepMind’s AI. Doing research and publishing papers don’t solve real-world problems, which is why the applied branch was set up. Like the DeepMind Health division, absorbed by Google last year, DeepMind Energy is aligned with the applied unit of the company.

The applied unit was led by DeepMind co-founder Mustafa Suleyman, but he left in December 2019, shocking many colleagues and followers of the company. Known as “Moose” to friends and colleagues, the entrepreneur, who has been described as an activist and visionary by colleagues and the media, now has a policy role at Google. Suleyman declined to comment.

The driving forces behind DeepMind’s climate change focus were Gao and Suleyman, two people with knowledge of the company who preferred to remain anonymous due to the sensitive nature of the topic told CNBC, adding it was perhaps inevitable that DeepMind’s work in this area would slow after their departures. The DeepMind Energy team that worked on some of DeepMind’s biggest climate projects is almost non-existent today.

DeepMind said that it has not reduced its efforts directed toward climate change and told CNBC is was unable to reveal any related financial detail.

One of CNBC’s sources claims that Hassabis has chosen to pull some of the company’s climate change funding and allocate it to other areas.

Last month, the company announced it has developed a piece of AI software called “AlphaFold” that can accurately predict the structure that proteins will fold into in a matter of days, solving a 50-year-old “grand challenge” that could pave the way for better understanding of diseases and drug discovery. However, some scientists have questioned whether DeepMind has “solved” protein folding.

On a call with journalists, Hassabis said: “The ultimate vision behind DeepMind has always been to build general AI, and then use it to help us better understand the world around us by greatly accelerating the pace of scientific discovery.”

A DeepMind spokesperson added: “We’ve made some great progress and delivered impact, including boosting the predicted value of Google’s wind energy by roughly 20% and reducing energy usage for cooling in Google data centers by up to 40%, and overall energy efficiency by 15%.”

“Now, Google Cloud is offering this to commercial and industrial clients as a platform solution, helping businesses across the world make their facilities more sustainable.”