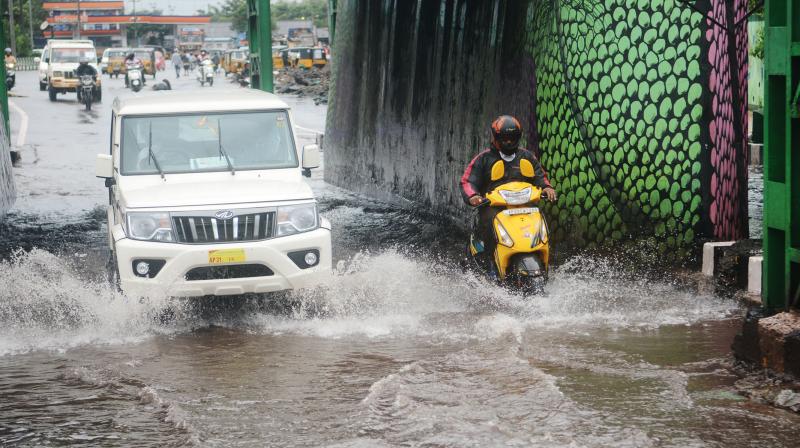 New Delhi: Future climate change will cause an uneven shifting of the tropical rain belt — a narrow band of heavy precipitation near the Earth’s equator — leading to increased flooding in parts of India, a new study warns.

The study, published in the journal Nature Climate Change, examined computer simulations from 27 state-of-the-art climate models, and measured the tropical rain belt’s response to a future scenario in which greenhouse gas emissions continue to rise through the end of the current century.

According to the research, a northward shift of the tropical rain belt over the eastern Africa and the Indian Ocean could result in “intensified flooding in southern India,” and may impact global biodiversity and food security by 2100.

The scientists, including those from the University of California (UC) Irvine in the US, said this “sweeping shift” of the rain belt was disguised in previous studies that provided a global average of the influence of climate change.

However, they said climate change caused the atmosphere to heat up by different amounts over Asia and the North Atlantic Ocean.

The current study highlighted the drastic alterations to come over future decades in India by isolating the response in the Eastern and Western Hemisphere zones.

“In Asia, projected reductions in aerosol emissions, glacier melting in the Himalayas and loss of snow cover in northern areas brought on by climate change will cause the atmosphere to heat up faster than in other regions,” said study co-author James Randerson from UC Irvine.

“We know that the rain belt shifts toward this heating, and that its northward movement in the Eastern Hemisphere is consistent with these expected impacts of climate change,” Randerson said.

According to the scientists, the study combined the engineering approach of system’s thinking with data analytics and climate science to reveal subtle manifestations of global warming on regional rainfall extremes.

“The complexity of the Earth system is daunting, with dependencies and feedback loops across many processes and scales,” said Efi Foufoula-Georgiou, another co-author of the study from UCI.