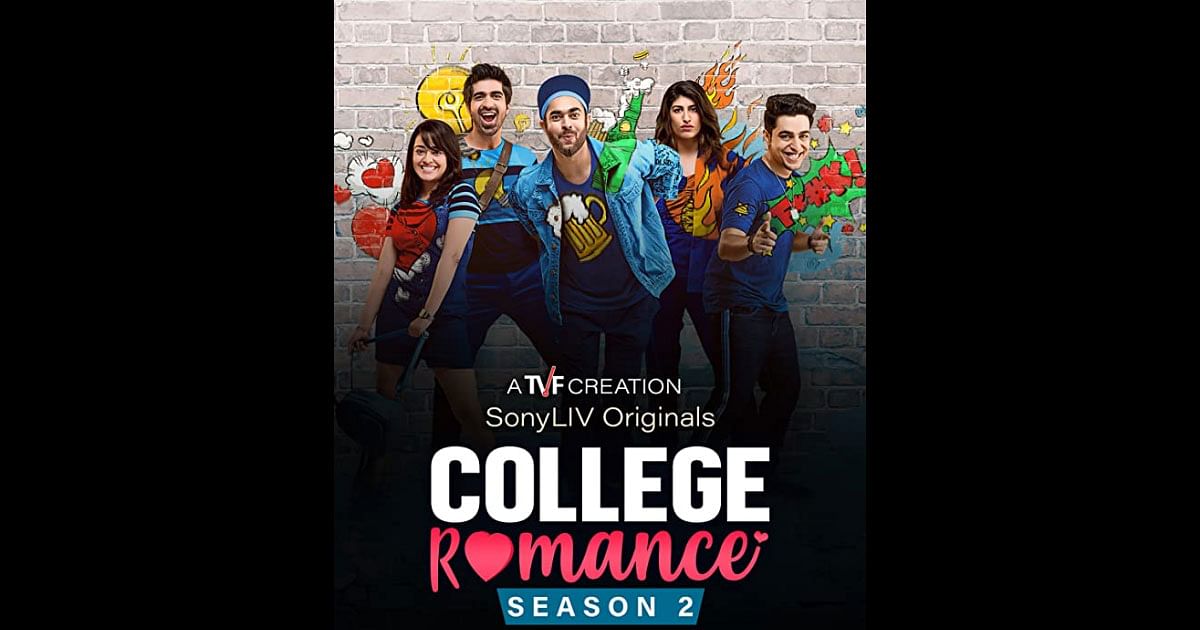 This one could well be Pyaar Ka Punchnama reloaded, albeit in the campus world. If the Luv Ranjan directed franchise is about three couples and their romance & breakups, College Romance, as the name suggests, is set in the campus world where there are two couples and a single, who has just come off a breakup. The setting is again that of Delhi NCR, the milieu is young and vibrant, the characters colourful, the situations innocent and the mood largely cheerful. That’s the kind of treatment that director Apoorv Singh Karki has meted to this 5 part mini-series that is now streaming on Sony LIV and is set to be a winner.

Primarily for the young adults, this one actually works like a movie as a whole with a definite start, middle portion and an end that works as a true climax.

Gagan Arora and Apoorva Arora are a sweet couple who explore love, togetherness, breakup, the virtue of parenthood, misunderstandings and eventual sorting of affairs. They are just the kind that you see around you in Delhi and bring on the whole ‘love is in the air’ vibe. Keshav Sadhna and Shreya Mehta are another couple where latter is a dominating self while former is not a pushover either. He is tolerant, she is bossy, he is emotional, she is stern, and this is a pair where one can expect a volcano to burst anytime. As for Manjot Singh, the heart of the show, he is a single, very much ready to mingle but just can’t decide which of the two he likes more – Chinki or Minki. Check out the show to know more!

The web series explores a lot in its two and a half hour duration. Bro code, pre-marital sex, erectile dysfunction, pregnancy test, egos coming in way of love, partying hard vs partying rich and whether you can sniff out a Tommy Hilfiger jeans for its originality – lot of this and more is covered in this frothy affair which has a good visual appeal to it. The shot taking, sound design, background score, cinematography and certain intercuts are the kind that do give a cinematic feel to it, hence ensuring that College Romance stands out as a web series.

What could have been totally done away with was the excessive use of cuss words. Really, it was not needed at all since the core script itself had ample fun moments to keep a viewer engaged. In fact it’s not cool at all to get into the choicest of abuses in front of women and though the makers try to be cool in making even the fairer s*x indulge in cuss words, either ways it was just not warranted. No, really not!

Also, the web series takes a bit of a while to engage a viewer. The first couple of episodes are decent with some funny moments but things start getting better from the third episode. Post that there is no looking back as things only turn better and better with each of the characters beginning to flesh out well and situations too turning out to be funnier.

What is also remarkable is that writers Sidhant Mago, Aakash Ahuja and Manan Madaan have done quite well to ensure that each and every primary character gets some solid scenes to their credit. None of the five principle characters is behind the other and that’s some strong writing coming into display. The actors do well uniformly too, though one has to add that the actors playing the secondary characters in the background could have been cast better. They leave a lot to be desired and just seem to be awkwardly delivering their dialogues at the call of action and cut.

Nonetheless, as a whole there is a lot of action in this web series that ensures that it’s time well spent. Do check this over the weekend with your buddies who are young adults; you will come out smiling with an occasional tear in the eye as well.

Must Read: The Legend Of Hanuman Review: Top Notch Animation Grabs Your Frenzy In Hotstar’s Retelling Of An Age-Old Tale

College Romance Season 2 Review: Yet Another Winner Which Caters To The Young Adults