Home Colorado may have a second case of the more contagious virus variant.

Colorado may have a second case of the more contagious virus variant. 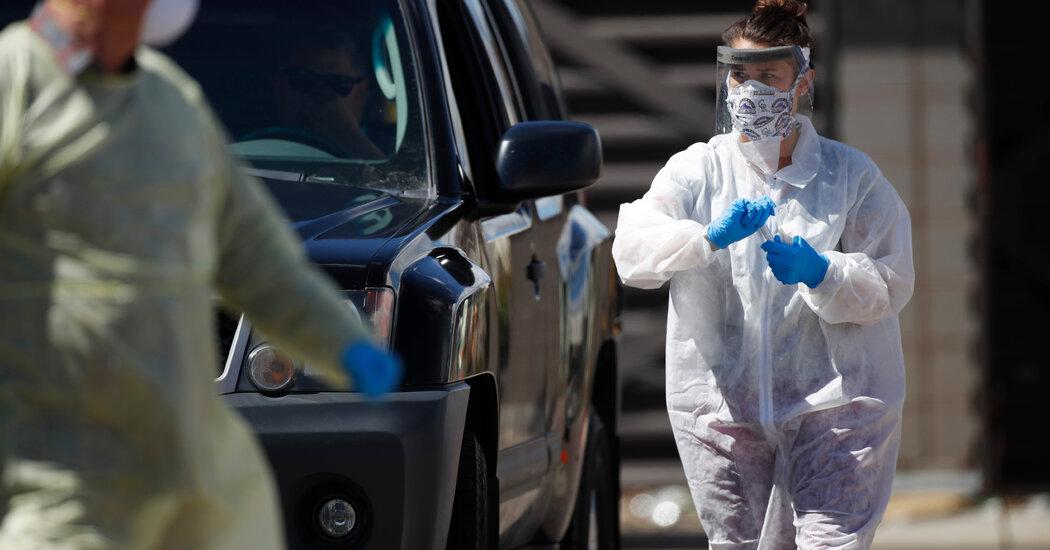 The newly discovered, more contagious variant of the coronavirus — first seen in Britain — may have been found in a second person in Colorado, state officials said on Wednesday.

The first known case of the variant in the United States was reported there on Tuesday. The second case has not yet been confirmed but is “highly suspicious,” Dr. Emily Travanty, the interim director of the state public health laboratory, said on Wednesday in a conference call with reporters and Gov. Jared Polis.

Both cases involve members of the Colorado National Guard who were sent to Simla, Colo., to help staff the Good Samaritan nursing home, which has had a severe virus outbreak recently, Dr. Rachel Herlihy, the Colorado state epidemiologist, said on the call. Simla is a small town in Elbert County, about 80 miles southeast of Denver.

It was not clear whether the two National Guard members were infected at the nursing home or had picked up the virus before they went to Simla. They arrived on Dec. 23, after most of the cases at the facility had occurred, Dr. Herlihy said. They were tested the next day as part of routine testing of National Guard members, and both tests came back positive, she said.

Evidence has shown that the variant spreads more rapidly than other versions of the coronavirus, but it has not been found to be deadlier or to cause more severe illness. The current vaccines are likely to be effective against it.

With regard to the Colorado cases, Dr. Bill Hanage, an epidemiologist at the Harvard T. H. Chan School of Public Health, said: “There’s no reason to think that that community is particularly special in any way. It’s completely reasonable to think it’s in a lot of other places, but we just haven’t looked for it yet.”

All 26 residents of the nursing home in Simla and 20 of its 24 regular employees have tested positive for the virus, and four residents have died. The first cases at the home were detected in mid-December, Dr. Herlihy said. Those tests were not processed through the state laboratory, which has been screening for the variant.

The state sent a team to the facility on Tuesday to collect new specimens from the residents and staff. Based on the samples tested so far, Dr. Herlihy said, it does not appear that the variant is circulating in the facility, but more samples will be tested on Wednesday.

The state is conducting an extensive investigation to identify all contacts the two National Guard members had in the two weeks before they went to Simla, Dr. Herlihy said. Both individuals have been ordered to isolate for 10 days from either the date of their positive test or the onset of symptoms, and they will have daily isolation checks. People who had contact with them are being ordered to quarantine for 14 days from their last exposure, and will be tested on Days 5, 10, and 14, she said.

Dr. Travanty, the lab director, said that the state was screening all of the samples it receives for a marker of the new variant, and then doing complete genomic sequencing on the samples that have the marker. So far, 24 samples have been sequenced, and the other 22 did not turn out to be the variant, she said.

Mr. Polis said that while he was proud that his state’s laboratory was first to detect a case of the new variant in the U.S., it was very likely that the variant was already present in many states, particularly in the Northeast.

“We don’t yet have a good idea of how prevalent it is, either nationally or in our state,” he said.