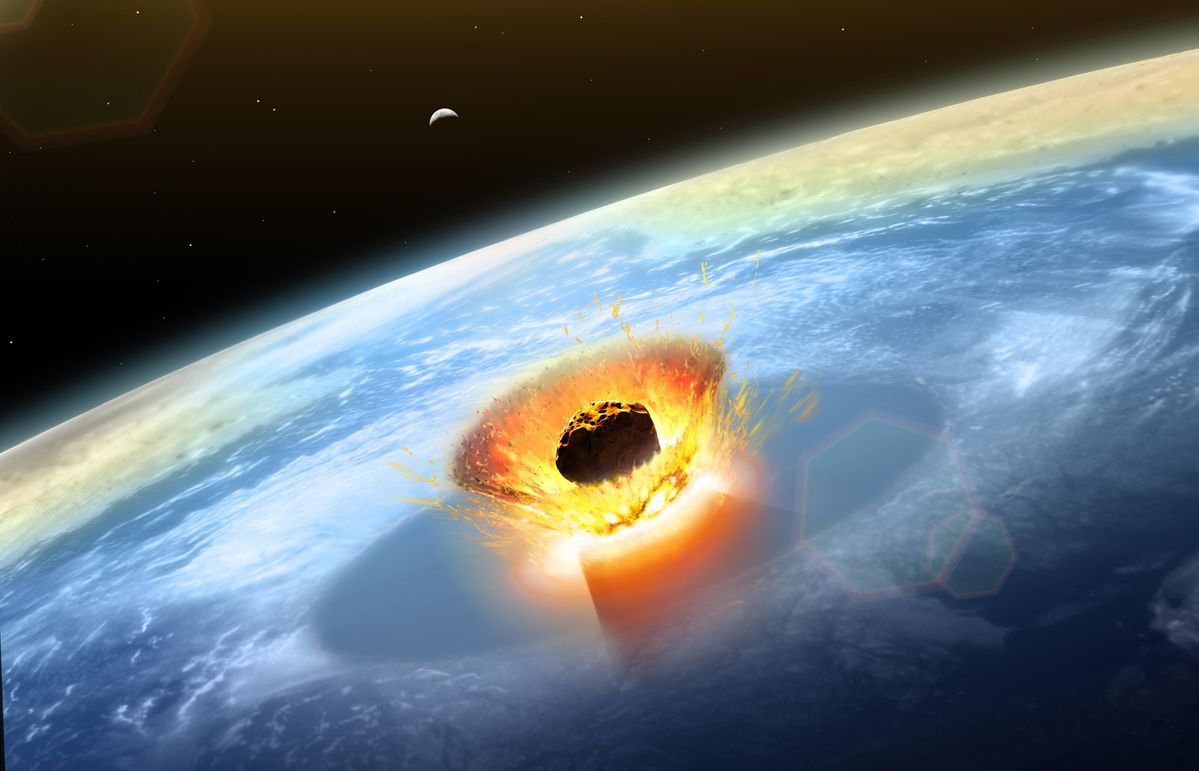 Sixty-six million years ago something huge struck Earth off Mexico’s Yucatán Peninsula and caused a decades-long “impact winter” that killed the dinosaurs. Scientists have known that for sometime, but there are plenty of open questions remaining.

Was it an asteroid or a comet? Why did it hit Earth? And when should we expect the next one?

It was a “long-period” comet from the Oort Cloud—an icy sphere of debris around the outer Solar System—and Jupiter caused it to hit Earth. That’s according to a new paper published today in Nature’s Scientific Reports today by astronomers Avi Loeb and Amir Siraj at Harvard University’s Center for Astrophysics.

Loeb’s insistence that an interstellar comet that entered the Solar System could have been an alien probe have proved controversial, but this research into the origin and journey of this catastrophic object is less far-fetched.

The crux of the argument is that some long-period comets—which take more than 200 years to complete an orbit around the Sun and come from the far-off Oort Cloud—can be sent close to the Sun by the immense gravitational field of Jupiter.

“The Solar System acts as a kind of pinball machine,” said Siraj, who used statistical analysis and gravitational simulations. “Jupiter, the most massive planet, kicks incoming long-period comets into orbits that bring them very close to the Sun.”

About a fifth of long-period comets become “sungrazers,” according to the paper.

However, the problem isn’t these sungrazers per se, but that they experience such powerful tidal forces that they break apart into many smaller pieces.

And it’s this “cometary shrapnel” that is the problem. “On the journey back to the Oort Cloud there’s an enhanced probability that one of these fragments hit the Earth,” said Siraj.

Scarily, Siraj and Loeb worked out a new “rate of impact” and predict that the chances of long-period comets impacting Earth are almost 10 times more likely than previously thought.

“If you break up an object as it comes close to the Sun it could give rise to the appropriate event rate and also the kind of impact that killed the dinosaurs,” said Loeb.

Why it’s thought that the dinosaur-killer was a comet rather than an asteroid is down to evidence found at the Chicxulub crater. Traces of carbonaceous chondrite have been found, which is rarely seen in asteroids from the Main Asteroid Belt between the orbits of Mars and Jupiter, but thought common among long-period comets.

Traces of carbonaceous chondrite have also been found at Vredefort in South Africa—the largest confirmed crater in Earth’s history caused by an impact about two billion years ago—and at the million-years old Zhamanshin crater in Kazakhstan.

More study is required, according to the authors, of comet craters on the Moon, comet-sampling space missions and observations of how long-period comets break-up into fragments.