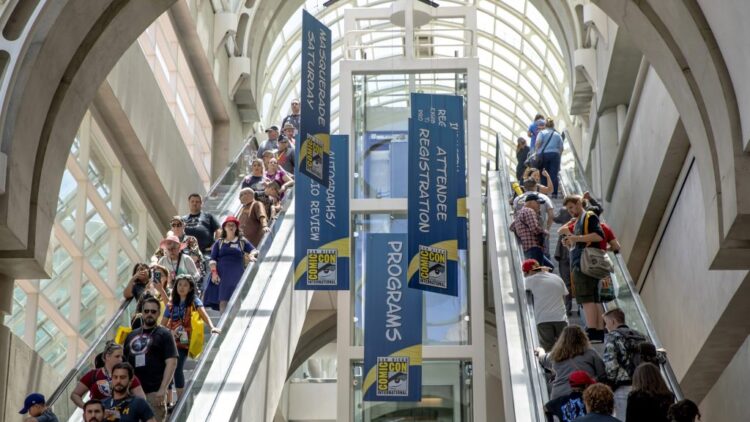 On Saturday, San Diego Comic-Con announced dates for its first in-person convention since 2019.

Since 2003, the confab has taken place in July, at the San Diego Convention Center. This year, however, a three-day “Special Edition” of the event will kick off on November 26. The hope is that by Thanksgiving Weekend, Covid conditions will allow for large-scale public gatherings of its ilk.

Per an announcement on Comic-Con’s website, the event will feature “all the great elements that make Comic-Con such a popular event each year,” while generating much-needed revenue for the organization, local businesses and the adjacent community.

“While we have been able to pivot from in-person gatherings to limited online events, the loss of revenue has had an acute impact on the organization as it has with many small businesses, necessitating reduced work schedules and reduction in pay for employees, among other issues,” said Comic-Con spokesperson David Glanzer. “Hopefully this event will shore up our financial reserves and mark a slow return to larger in-person gatherings in 2022.”

In 2020, Comic-Con went virtual, after the outbreak of the Covid-19 pandemic. Prior to recent developments with Covid in California which have seen deaths, confirmed cases and hospitalizations decreasing, plans had been made for another virtual edition of Comic-Con, to take place between July 23rd and 25th. It wasn’t clear in Comic-Con’s statement whether there are still plans for [email protected]

But while a return to the Convention Center is now on the table, details with regard to badge cost, attendance capacity and more are still being worked out.