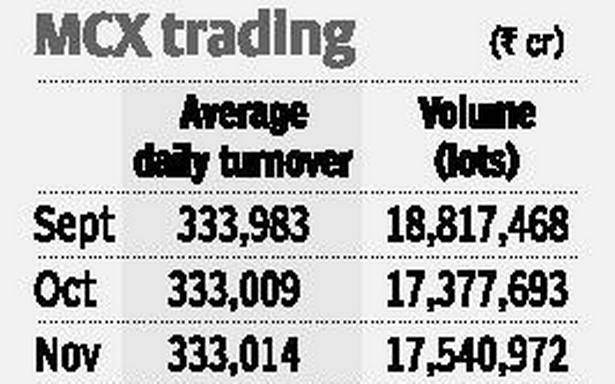 The Commodity Participants’ Association of India has sought the Finance Minister Nirmala Sitharaman’s intervention to rationalise the peak margin imposed by SEBI from December last year and rationalise cost of trading to salvage the sinking trading volumes on the commodity exchanges.

The regulator had implemented a peak margin on clients from last December to reduce leverage on intra-day positions in phases.

As per SEBI norms, a peak margin of 25 per cent was levied on clients starting December and it will increase by 25 per cent progressively every quarter hitting the peak of 100 per cent by September quarter. Average daily turnover on exchanges has shrunk 27 per cent in last two months. Equity markets have also seen a sharp fall of 19 per cent in Average Daily Turnover (ADT) in this period, while equity futures volumes are down by 14 per cent.

In its submission to Sitharaman, CPAI said with the rise in margins, trading volumes on exchanges will witness a significant drop. The same can also be observed from the trend in equity markets where volumes, especially that of intra-day, shrink.

Narinder Wadhwa, President, CPAI, said the markets are already saddled with higher regulatory costs as compared to global markets and further increase in margin on day trades could drive away overall liquidity, besides impacting the depth of the market.

CPAI has sought amendment in IGST to tackle the issue of accepting delivery when the exchange accredited warehouse, buyer and seller are from different states. The IGST Act needs to be amended to allow seller of commodities to raise the tax invoice from the state where he is already registered. The cost of transaction started increasing from 2004 when Securities Transaction Tax was introduced and the turnover to market ratio fell sharply when Section 88E was withdrawn in 2008. STT was treated as an expense instead of a tax.

Introduction of Commodity Transaction Tax in 2012 led to a sharp fall in commodity market volumes as well. Government collected much less revenue of ₹667 crore as CTT in 2018-19 against its target of ₹2,000 crore, said CPAI. Since the commodity exchange industry is still in its nascent stage, CPAI said the finance minister’s intervention will go a long way in changing the future of this industry.