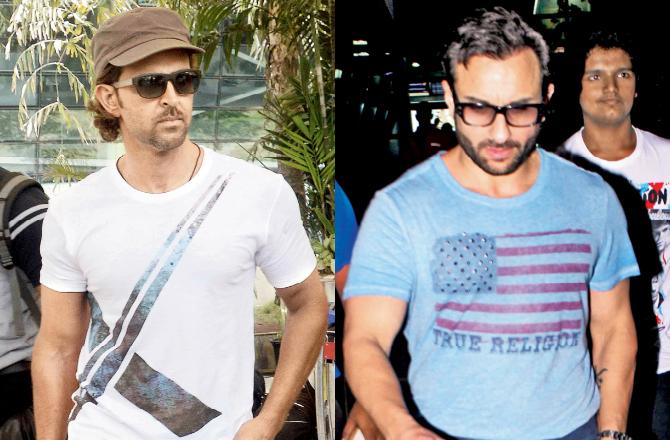 Hrithik Roshan and Saif Ali Khan will feature in the Hindi remake of the 2017 Tamil superhit film Vikram Vedha. The original starred R. Madhavan as righteous police officer Vikram while Vijay Sethupathi played the gangster Vedha. In the Hindi remake, Hrithik will play the gangster while Saif essays the cop.

The film draws from the ancient lore of Vikram-Betaal, where a wily gangster manages to escape every time a determined cop nabs him, by narrating a new story drawn from his own life.

Earlier Bollywood superstar Aamir Khan was expected to play the character of Vedha. However, as per reports, Aamir recently backed out of the project, and Hrithik was roped in.

The Bollywood remake will be directed by Pushkar-Gayathri, who also helmed the Tamil original. The film, backed by Neeraj Panday, is expected to go on floors soon.