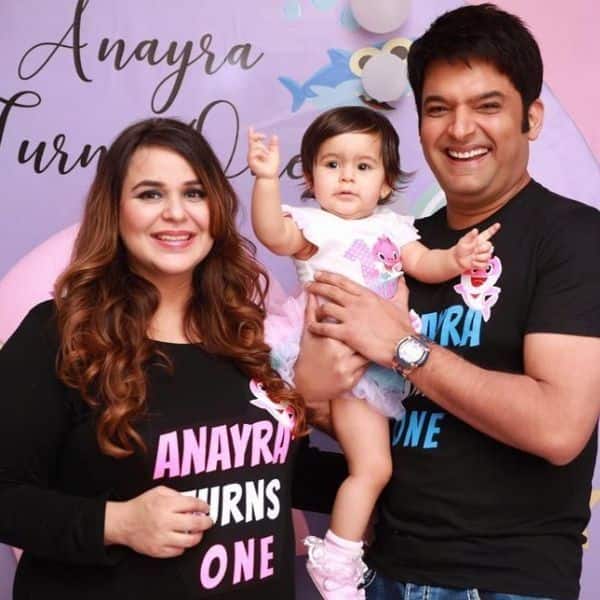 Ace comedian and actor, Kapil Sharma has welcomed another munchkin in his life. This time a baby boy! Yes, you read that right. Kapil Sharma and Ginni Chatrath have become parents once again. A couple of hours ago, Kapil Sharma took to his Twitter handle and announced the arrival of his son to the fans and thanked them for their blessings and love for his family. “Namaskaar we are blessed with a Baby boy this early morning, by the grace of God Baby n Mother both r fine, thank you so much for all the love, blessings n prayers love you all ginni n kapil #gratitude,” the Firangi actor tweeted out. Check out Kapil Sharma’s tweet below: Also Read – Bigg Boss 14, Naagin 5, The Kapil Sharma Show – here are the TV Newsmakers of the week

Namaskaar ? we are blessed with a Baby boy this early morning, by the grace of God Baby n Mother both r fine, thank you so much for all the love, blessings n prayers ? love you all ❤️ginni n kapil ? #gratitude ?

Meanwhile, recently, the reports The Kapil Sharma Show going off-air had broken out. His fans were devastated by the news. There were reports that since there were many stars promoting their films and not many releases, Kapil had decided to shut shop. However, that was not the case. On Thursday, Kapil Sharma announced conducted an #AskKapil session on Twitter and wherein he interacted with his fans. It was while answering a fan question that Kapil revealed that Ginni is soon going to deliver a baby. When asked by a fan as to why The Kapil Sharma Show is going off-air, the comedian had replied, “Bcoz I need be there at home with my wife to welcome our second baby.” Check out his tweet below: Also Read – Video of Kapil Sharma’s daughter Anayra learning to walk will make your day

Bcoz I need be there at home with my wife to welcome our second baby ?? https://t.co/wdy8Drv355

Kapil had welcomed a baby girl, Anayra, in December 2019. They had celebrated her first birthday in the cutest way but at home. Anayra who turned one just a couple of weeks ago is now a big sister. Meanwhile, wishes and blessings are being poured from all-sides for Kapil and his family. A lot of celebs had announced their pregnancy late last year. However, Kapil decided to keep it under the wraps. Earlier, while talking about the lockdown, Kapil had revealed how all he did was be with Anayra. “I told Ginni to consider the lockdown a blessing in disguise, as it will allow us to work out religiously. But it’s been 14 days and I haven’t worked out at all. Saara din baby ke saath khelta rehta hoon aur khaata rehta hoon (All day I play with the baby and eat food),” the comedian had said. Also Read – The Kapil Sharma Show: Kapil Sharma reassures fans he’ll be back after a ‘small break’