Home News Congress, Akalis slam BJP over use of offensive terms against farmers

Congress, Akalis slam BJP over use of offensive terms against farmers 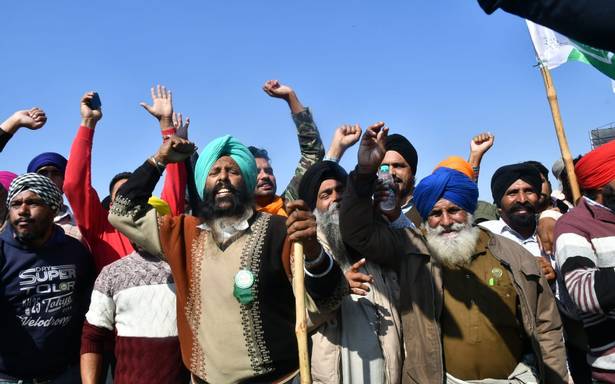 Also read | Explainer | Why are the Agriculture Bills being opposed

“If the BJP cannot distinguish between anguished citizens fighting for their survival and terrorists-militants-hooligans, it should give up all pretense of being a people’s party,” said the Chief Minister in a statement.

A party which treats citizens exercising their democratic right of protest as Naxals and terrorists has lost all right to rule over those citizens, he added.

Hitting out at BJP general secretary Tarun Chugh over his alleged description of farmers in Punjab as ‘urban naxals’, Captain Amarinder said with these remarks, the BJP leadership had hit a new low in its desperation to promote its political agenda. He pointed out that such protests by angry farmers were taking place not just in Punjab but also in BJP-ruled states such as Haryana and Uttar Pradesh.

“Do the farmers protesting in all these places look like naxals to you? And does that mean law and order has collapsed everywhere,” he asked.

“What is being seen in all these States, as well as the Delhi borders, is the sorry fall-out of the BJP-led central government’s failed policy on agriculture, and its mishandling of the situation triggered by the farmers protest,” said the Chief Minister. Instead of heeding the plea of the annadatas (food producers) and responding to their concerns, the BJP was busy trying to demean them and stifle their voice, he lamented.

Also read | Reforms are difficult as India has too much of democracy, says NITI Aayog CEO

The SAD also condemned the BJP leaders for terming the farmers of Punjab as “urban naxals”.

“It is reprehensible that the Punjab BJP unit has fallen so low that it is calling the farmers of the State urban naxals. This insult is intolerable and I advise the Punjab unit to take back this slur inflicted on the annadaata immediately and apologise for the same,” said SAD farmer’s wing president Sikandar Singh Maluka.

BJP’s Punjab unit, meanwhile accused the Congress government of patronising criminal elements and unleashing violence against political opponents. Party’s State general secretary Subhash Sharma wrote a letter to Captain Amarinder Singh, stating that despite being fully aware of content and intent of the farm bills and laws, the Congress had been misguiding the farmers.