Home General Congress grasps for a stimulus deal amid a dispute over the Federal Reserve’s power.

Congress grasps for a stimulus deal amid a dispute over the Federal Reserve’s power. 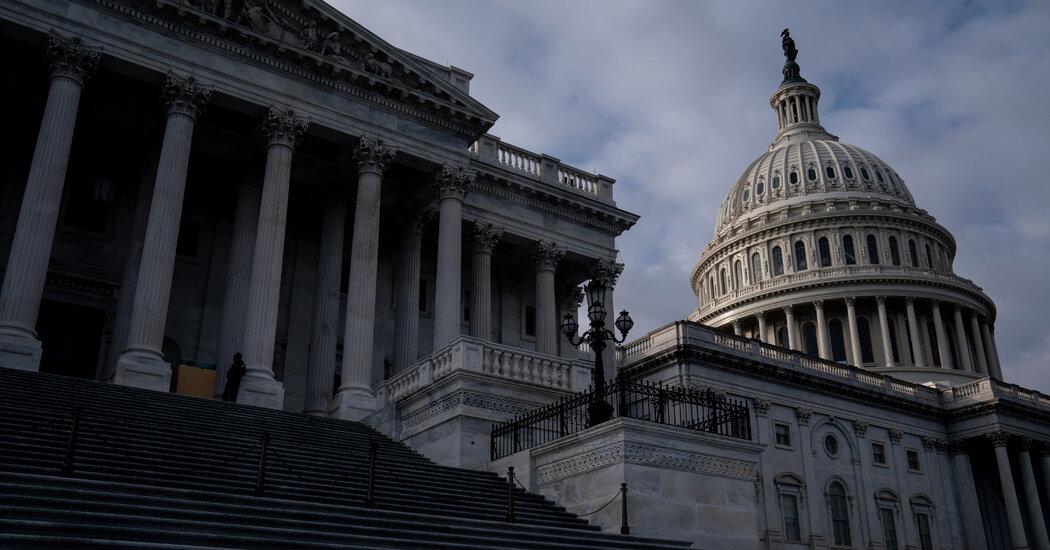 Racing against a Sunday-night deadline to avoid a government shutdown, Congressional leaders worked feverishly on Saturday to resolve an impasse over a Republican push to curtail the powers of the Federal Reserve that was threatening to derail a compromise $900 billion stimulus plan.

After a monthslong deadlock on a new pandemic aid package, Democrats and Republicans were tantalizingly close to completing an emergency plan to rush direct payments, unemployment benefits and food and rental assistance to millions of Americans; relief to businesses; and funds for vaccine distribution.

The talks stalled as a C.D.C. panel endorsed a second vaccine, by Moderna, and the country confronted another stark reminder of how desperately vaccines are needed: Friday’s record caseload of over 251,000 new coronavirus cases, nearly double the 128,000 people who had been vaccinated in the United States as of Friday, according to a New York Times database tracking vaccinations. Officials are warning that hospitals, which now hold nearly 114,000 Covid-19 patients, could soon be overwhelmed.

Vaccines are also being distributed in the United Kingdom, where the raging virus prompted an abrupt reversal on Saturday: Prime Minister Boris Johnson imposed a broad lockdown on London and most of southeast England.

In Washington, with time running out for a stimulus deal, the two sides remained divided over a proposal by Senator Patrick J. Toomey, Republican of Pennsylvania, to ensure the termination of a series of pandemic relief programs created this year by the Fed and to potentially curtail the central bank’s ability to fight financial crises in the future.

“We’re right within reach,” Speaker Nancy Pelosi privately told House Democrats in a party conference call on Saturday. But she said Mr. Toomey’s late-stage demands to rein in the Fed were slowing the process.

By Saturday evening, Senator Richard J. Durbin of Illinois, the second-ranking Democrat, said the dispute had cost negotiators another day in their efforts to cement a deal.

The emerging deal would send direct payments of $600 to many Americans and provide enhanced federal jobless payments of $300 per week until early spring. It would also provide hundreds of billions of dollars to prop up small businesses, schools and other institutions struggling amid the pandemic.

But Democrats said that Mr. Toomey’s proposal, which has been embraced by Republicans, amounted to an attempt to undercut President-elect Joseph R. Biden Jr. and his administration’s ability to continue supporting the country’s economic recovery.

As drafted, the proposal would prevent the Fed and the Treasury Department from re-establishing programs that have helped to keep credit flowing to municipal borrowers, medium-sized businesses and corporations during the pandemic-related recession. It would also bar the creation of similar programs going forward.

Lawmakers and aides in both parties acknowledged that the Fed provision presented the most significant hurdle to a final agreement, even though negotiators were still haggling over a number of outstanding technical details, including how to provide for food assistance and the scope of unemployment benefits.

With government funding set to lapse Sunday and both chambers hoping to merge the stimulus package with a catchall measure to cover all federal spending for the remainder of the fiscal year, time was dwindling to find a resolution.