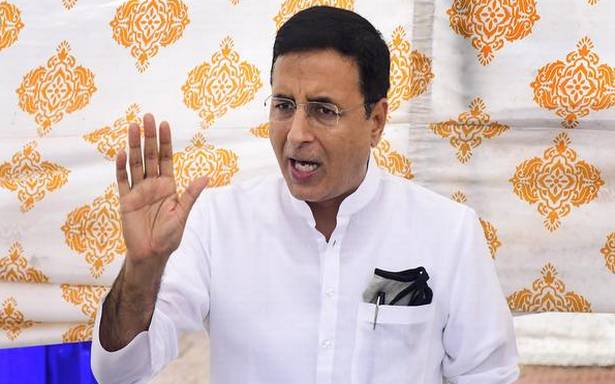 Former Finance Minister P. Chidambaram on Thursday said that there was nothing “inadvertent” about announcing a cut in interest rates on small saving instruments while Congress general secretary Priyanka Gandhi Vadra called the decision to put it on hold as being an “election- driven” move.

Stepping up the attack, party chief spokesperson Randeep Surjewala said Finance Minister Nirmala Sitharaman had no “moral authority” to continue in her position if a decision affecting millions could be taken by an “oversight”.

Former Congress chief Rahul Gandhi tweeted that the Modi government, that was “looting” citizens on petrol and diesel, would “start looting the middle class by reducing interest rates on small savings once the elections were over”.

At the party’s official briefing, former union minister Rajeev Shukla asked Ms. Sitharaman to clarify if the government has altogether cancelled the reduction in interest rates or simply deferred by it a quarter because of the on-going elections.

“Really @nsitharaman ‘oversight’ in issuing the order to increase interest rates on GOI schemes or election driven ‘hindsight’ in withdrawing it?” asked Ms. Vadra in response to Ms. Sitharaman’s tweet in which she described Finance Ministry’s orders to revise the interest rates as “an oversight”.

“Announcement of interest rates on savings instruments for the next quarter is a regular exercise. There is nothing ‘inadvertent’ about its release on 31st March. The BJP government had decided to launch another assault on the middle class by slashing the interest rates and profiting itself,” Mr. Chidambaram said in a series of tweets.

“When caught, the FM is putting forward the lame excuse of ‘inadvertent error’. When inflation is at about 6% and expected to rise, the BJP government is offering interest rates below 6% hitting the savers and the middle class below the belt,” he added.

“Madam FM, Are u running a ‘Circus’ or a ‘Govt’? One can imagine the functioning of economy when such duly approved order affecting crores of people can be issued by an ‘oversight’. Who is the competent authority referred in order? You have no moral right to continue as FM,” Mr. Surjewala tweeted.