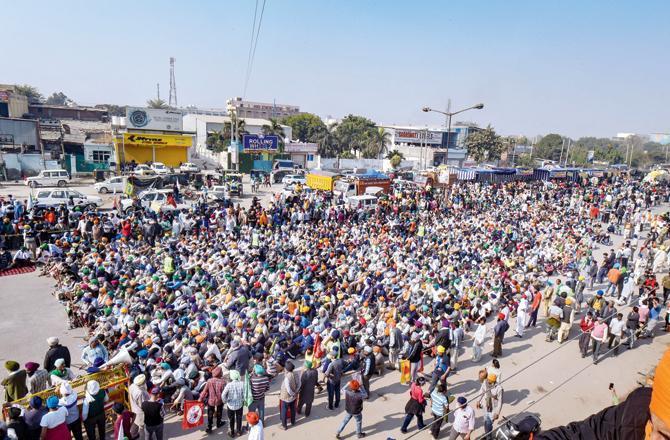 With protesting farmer unions calling for a ‘Bharat Bandh’ on December 8 even as several rounds of their talks with the Centre remain inconclusive, the opposition Congress on Sunday said that the party supported the proposed nationwide shutdown to protest against the three central farm laws.

The Congress also said that its leader Rahul Gandhi has been on the forefront in opposing these contentious laws through signature campaigns and tractor rallies in Punjab and Haryana in the past.

“The Congress supports the call for the ‘Bharat Bandh’ called by farmers. It is evident is that the BJP has committed a fraud against the people. While claiming that ‘acche din’ or good days are coming, they have clearly let it out that good times are only for a select few,” Congress spokesperson Pawan Khera said.

Bharatiya Janata Party (BJP) Lok Sabha MP from Gurdaspur Sunny Deol also lend his support to farmers and said that he stands with his party and with farmers. He also said that the central government always thinks of the betterment of farmers.

Deol posted a picture on Twitter of his statement on the ongoing farmers’ protest. “I request the whole world that it is matter between our farmers and the government. Do not come between them, because both will find a way after discussions. I know that many people want to take benefits from it and are creating problems. They are not thinking of farmers. They may have their own agenda,” he said.

In Tamil Nadu, the DMK and its nine allies gave a call to farmer, trader, trade union, government employee and other associations to make the Bharat Bandh called by the farmer unions a success.

Meanwhile Kamal Haasan’s MNM has sent a delegation to Delhi to lend their support to the farmer’s protest.