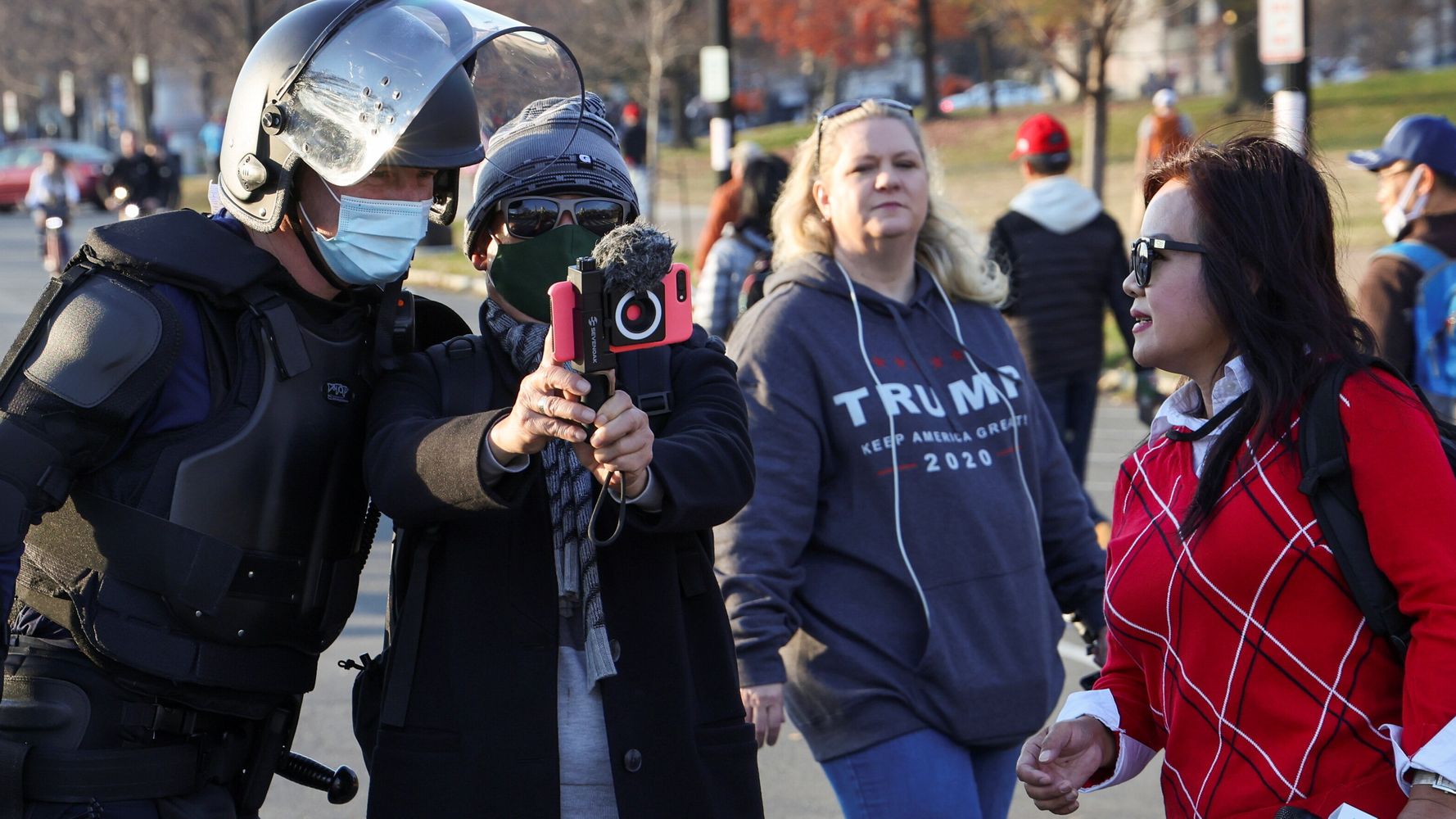 Rep. Tim Ryan said Monday that at least two U.S. Capitol Police officers have been suspended over their complicity in last week’s insurrection at the Capitol by supporters of President Donald Trump.

The Ohio Democrat held a virtual news conference in which he discussed updates related to the insurrection investigation and lawmakers’ efforts to impeach and remove the president, who incited the riot on Jan. 6. Ryan chairs the House Appropriations subcommittee on the legislative branch, which has oversight over the U.S. Capitol Police.

“We do have a couple of Capitol Police ― we’ve talked about before with taking selfies and another Capitol Police evidently put on a MAGA hat and was walking [rioters around], I’m not sure the details,” Ryan said. “They have been suspended.”

“The interim chief determined that to be immediately qualifying for suspension,” Ryan said. “I said, ‘You gotta let the press know about this. It’s important the American people know you’re cleaning house here.’”

When asked by reporters why law enforcement still has not given any updates or news conferences since the insurrection, the congressman said that he implored interim Capitol Police Chief Yogananda Pittman on Monday morning to speak with the press in order to help increase transparency and rebuild trust.

“I was very clear to the interim chief this morning … that I think it is very important for her to have these kinds of communications with the press,” he said. “We have to begin to reestablish trust with the United States Capitol Police because of what happened, and so many members of Congress and society writ large here feel very betrayed and let down by what happened.”

Despite plenty of warnings about pro-Trump demonstrations on the day Congress was set to certify Joe Biden’s presidential win, the Capitol Police did not increase staffing and ended up being unprepared and overrun by the violent rioters who easily attacked officers and broke into the Capitol ― putting journalists, lawmakers and staff at risk of being harmed.

Video footage shows that many of the officers were outnumbered and assaulted despite their best efforts to protect the building as Congress met inside. Other photos and video show some officers appearing to be complicit in the insurrection ― posing for selfies with rioters, directing them to lawmakers’ offices and opening the fences outside for rioters to enter. One officer died during the insurrection after rioters beat him with an extinguisher; another officer died by suicide a few days later.

The Capitol Police’s botched response to the riots, poor planning and failure to acknowledge the potential threat of a riot have drawn widespread condemnation from Congress and the public, prompting resignations of both the Capitol Police chief and the sergeants at arms of both the House and Senate.

There are eight investigations into 17 U.S. Capitol Police officers related to the events of the Jan. 6 riot, according to a House aide familiar with the investigations.

Capitol Police did not immediately respond to HuffPost’s request for confirmation of the investigation updates.

“The main point is they are looking at everybody involved that could have potentially facilitated at a big level or small level in any way,” Ryan said. “Those are being investigated now. … The interim police chief is taking aggressive action within the department to find out if there was any facilitation or help. And that’s important for everybody to know.”