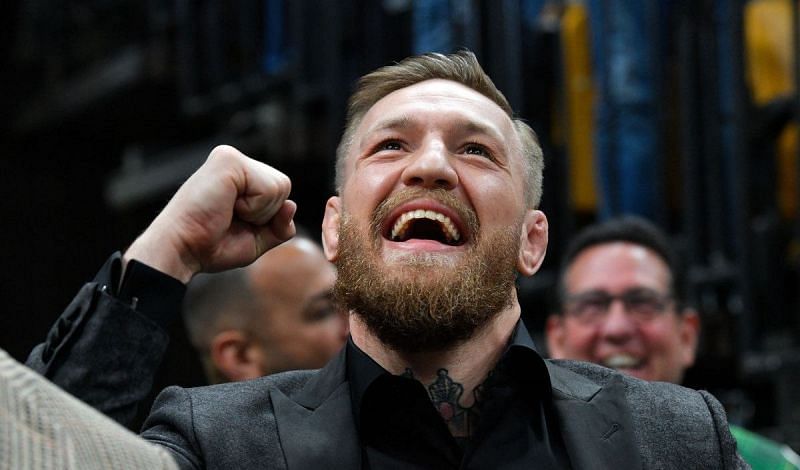 Conor McGregor has revealed that he’s willing to compete in seven fights in the next 18 months.

In his next outing, Conor McGregor fights Dustin Poirier in a lightweight bout that will headline UFC 257 on January 23rd.

Speaking to ESPN’s Stephen A. Smith, Conor McGregor promised a KO win at UFC 257 and also shed light upon how often he would like to compete in the next year and a half:

“There you go, Steve,” Conor McGregor said in response to Stephen A Smith asking whether McGregor feels the need to win impressively, possibly via KO, at UFC 257. “And it’s all I know. It’s all I do – It’s put people out. And I’m gonna do so again on Saturday night. Mark my words.”

Additionally, Conor McGregor was asked whether he’ll retire after knocking out Poirier like he’s retired a few times in the past. McGregor replied, “I retired out of frustration, you know what I mean. I couldn’t get my belt, and I was like, ‘you know what, you’re not going to treat me with respect, I’m gone’. You know, sometimes you’ve got to take yourself out of a situation if you’re not being respected or appreciated. And just, you know, just distance yourself from it. That’s what it was. It was born out of frustration.”

“The truth is the fight game will never get rid of me. Conor McGregor will be here until the day I go out. So, that’s here today…If they line me up, I’ll get about seven fights in the next year and a half. That’s what I want. I’ve done seven fights in my featherweight run inside like, I believe, 14 months. That’s what I’m looking for, you know what I mean. I’ve got four fights left on my contract. I’ve got four fights left on this contract with the UFC. I’ll do it in the first quarter of 2021 if they give me the dates.” (*H/T Sportskeeda for the transcription)

The consensus in the MMA community is that should Conor McGregor emerge victorious at UFC 257, he would receive the next shot at the UFC lightweight title.

The 14-month UFC featherweight division run Conor McGregor seemingly referred to actually took a bit longer. It took more than two and a half years, to be specific.