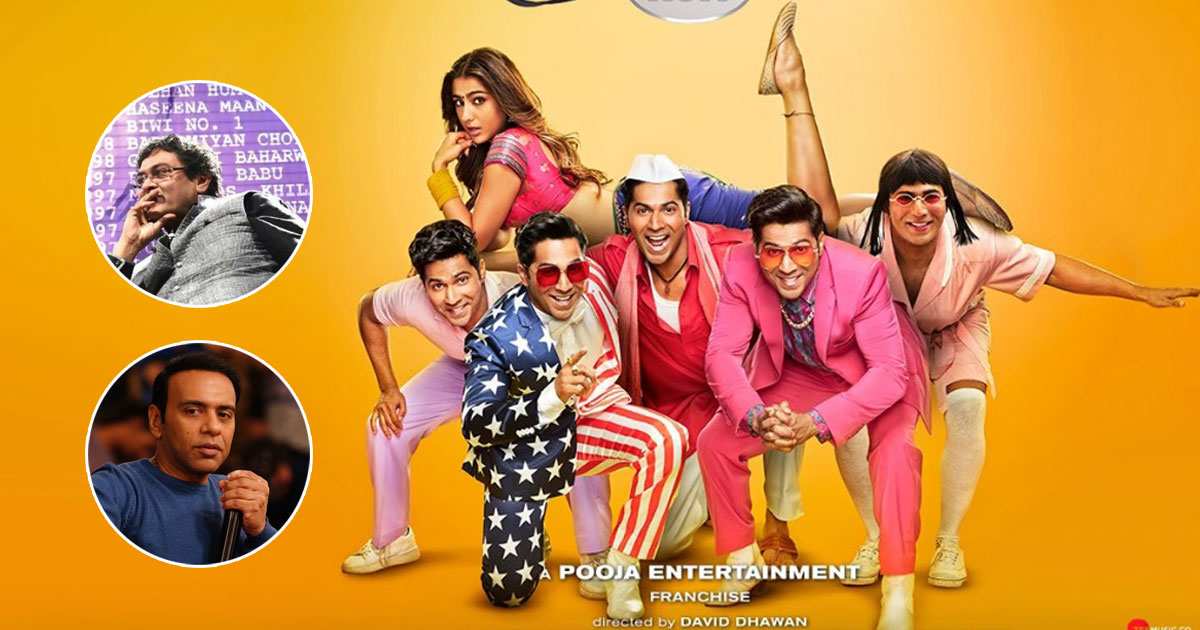 Varun Dhawan and Sara Ali Khan made their way to our screen on Christmas 2020 with Coolie No 1. The film that was a remake of the 1995 hit comedy, had to face the wrath of the critics and also received very mixed reactions from the audience. But if the latest reports are to go by, it was also not a merry ride on the writers’ end on the film. The grapevine says that Rumi Jaffrey was not happy with the initial idea of a remake and also with Farhad Samji coming on board. Read on to know everything you should about the same.

Coolie No 1 that released back in the 90s was originally written by Rumi Jaffrey. It starred Govinda and Karisma Kapoor the lead parts. Decades later, David Dhawan decided to remake his own film casting Varun and Sara in the lead. As per the recent buzz, Rumi who is a close aid to Dhawan’s wasn’t impressed with the idea of remaking the film. It was papa David who convinced him for the same.

But the problem did not end there, later Farhad Samji was brought on board for dialogues and as per Bollywood Hungama, this again left Jaffrey upset. Talking about the Coolie No 1 row, a source said that Rumi Jaffery was not happy with Samji changing the characters. His main conflict was him completely revamping Kader Khan’s part.

The source said, “Rumi was told Farhad was in touch with today’s generation. He would bring in the contemporary feel. But as the film progressed there were many changes that Rumi was horrified about. The biggest of them being the change in Kader Khan’s character. Kader Saab’s Hoshiyar Chand was a highlight in the original Coolie No. 1. When Rumi was told Hoshiyar Chand was now Jeffrey Rozario (played by Paresh Rawal) he was horrified. He asked David why the Hindu character in the original was converted into a Christian and if he was a Catholic now, why was the Pundit, played by Javed Jaffrey coming to Rozario with a rishta for his daughter?”

Later the source also revealed that Rumi Jaffrey wanted to shoot Mirchi Lagi Toh from Coolie No 1 on the streets of Mumbai to give it a more flavour. But Samji decided to take it to a studio.

Stick to Koimoi for more.

Must Read: Box Office: Yet Another Black Friday Ahead – Why Are Filmmakers Not Releasing Their Mid-Budget Films?

Back to Top
Close Add post
X
Nawazuddin Siddiqui’s next is a crime thriller : Bollywood News – Bollywood Hungama…BollywoodNawazuddin Siddiqui is shooting in the nights in London for his new project Sangeen in spite of the city going into another lockdown. “It’s tough. But…

X
When BTS’ V crooned Justin Bieber’s Holy to win ARMY and our hearts …BollywoodPopular K-Pop band BTS is currently dominating the world with their mind-blowing tracks. While we are witnessing a huge rise in the fandom of the band…
close