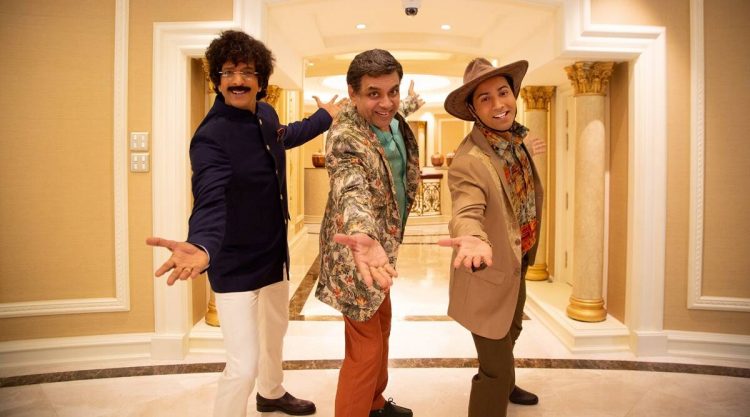 Coolie No 1 is streaming on Amazon Prime Video.

Coolie No 1, starring Varun Dhawan, Sara Ali Khan, Paresh Rawal and Jaaved Jaaferi among others, has released on Amazon Prime Video. The film is the 45th directorial of David Dhawan who also helmed the original. It featured Govinda, Karisma Kapoor and Kader Khan in the lead roles.

The basic premise of the movie revolves around a rich businessman named Rozario (Rawal), Pandit Jai Kishen (Jaaferi) and Raju (Dhawan). After being insulted by Rozario, Jai Kishen plans to teach him a lesson by getting his daughter (Khan) married to Raju – a coolie posing as a millionaire. When Raju’s identity is exposed, he lies about having a filthy rich twin. One lie leads to another, and things start to go out of hand.

Sharing his experience of working on the remake, Varun Dhawan shared with indianexpress.com, “It was an extremely special experience. The screenplay of Coolie No 1 was amazing back then and is amazing even today. The story is about a poor boy looking for love. He is very innocent and goes beyond his means to find love. There is a moral to the story as well – that you shouldn’t be greedy for money like Sara’s dad, played by Pareshji, who wants to get his daughters married into wealthy families.”

He added, “Coolie No 1 is just amazing material that you can’t say no to, and as an actor, I was greedy to do it.”

Jaaved Jafferi, who essays the role of Jaikishan/Jackson, is sure that the Coolie No 1 won’t be a bad remake. He told indianexpress.com, “I don’t think it will be a bad remake because it is the same filmmaker. It is his 45th film. David bhai has adapted this film, keeping in mind today’s Indian sensibilities. It’s an Indian film catering to Indian sensibilities specifically. So somebody in the West may not get the film.”