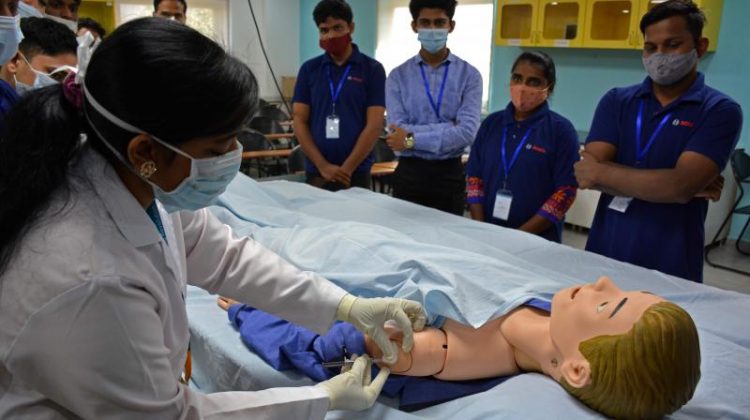 VIJAYAWADA: For the first time in Andhra Pradesh, a dry run will be conducted on Monday, December 28, with regard to distribution and administration of corona vaccine at five places in Krishna district. This is consequent on the Union government’s decision to conduct Covid-19 vaccine dry run in Andhra Pradesh, Assam, Gujarat and Punjab states on December 28 and 29.

The dry run is aimed at providing hands-on experience to programme managers at various levels. This will also test cold storage and transport arrangements made for distribution of Covid-19 vaccine, apart from other issues like management of crowds.

She maintained that the dry run will be in accordance with norms issued by central government. Three rooms will be made available at each centre, where 25 health workers each will go through processes of registration, vaccination and observation respectively.

Dr. Suhasini said persons from various categories, such as differently-abled, co-morbid, above 50 years and women, have been selected for the dry run.

Meanwhile, AP has registered 355 new Covid-19 positive cases in the past 24 hours. Only two deaths, one each in Guntur and Krishna districts have been reported, increasing the total deaths to 7,091.
Total corona cases increased to 8,80,430. 354 patients have recovered from the disease on Thursday, which increased the total number of recoveries to 8,69,478.

As many as 56,409 samples have been tested in the past 24 hours, with total samples taken reaching 1,15,31,206 in the state.
Chittoor reported the highest single-day tally of 81 new infections among districts, followed by 53 in Guntur district, 49 in East Godavari, 43 in Krishna, 28 in Visakhapatnam, 24 in Nellore, 15 in Anantapur, 12 each in Kadapa, Prakasam, Kurnool and Srikakulam, eight in West Godavari and the lowest of six new positive cases in Vizianagaram district.

The Covid-19 positivity rate is 7.64 percent in AP, whereas 2,15,940 per million corona tests have been conducted in the state.