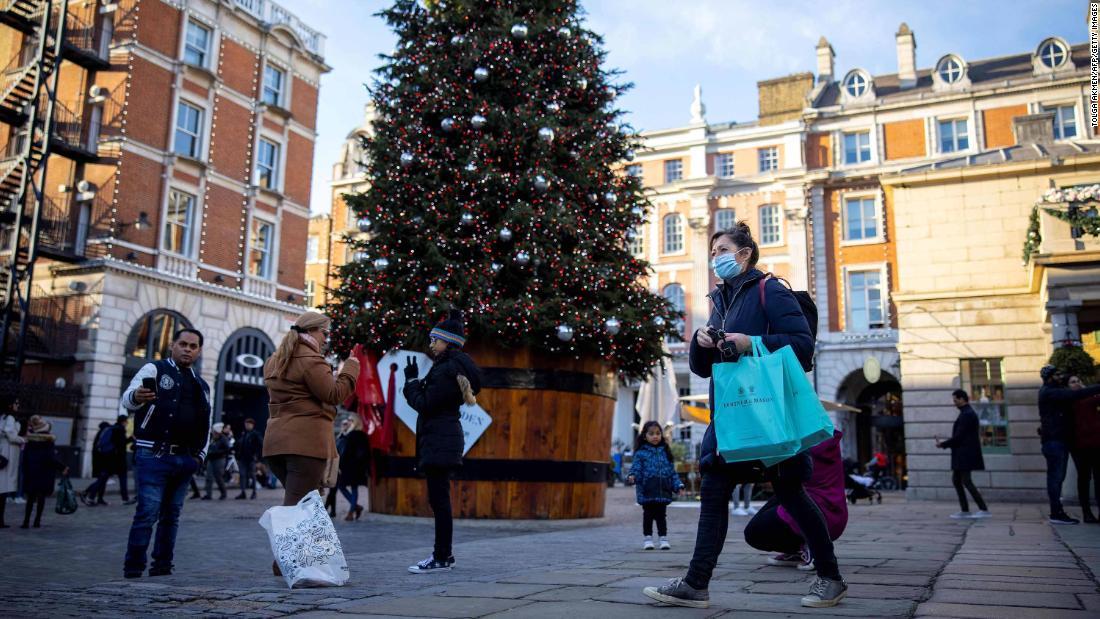 Swab tests on more than 105,000 people showed that Covid-19 infections are declining in England, according to an interim report from the Real-time Assessment of Community Transmission (REACT) program.

The report includes results from home coronavirus tests taken between November 13 and 24, and shows that “an estimated 0.96% of England’s population has the virus, or around 1 in 100 people.”

“This is roughly a 30% drop in the number of infections compared with previous findings, where more than 1 in 80 or 1.3% of people had the virus as of 2nd November,” according to the researchers from Imperial College London and Ipsos MORI.

The four-week national lockdown in England, which saw non-essential businesses close and residents told not to mix with other households, began on November 5 and will end on Wednesday.

It came after the UK experienced a second wave of infection, which particularly affected regions in the north of England. The government introduced a localized system for the country, under which regions where infections were high were placed under tighter restrictions than other areas. England will return to a tiered system on Wednesday.

“We’re seeing a fall in infections at the national level and in particular across regions that were previously worst affected. These trends suggest that the tiered approach helped to curb infections in these areas and that lockdown has added to this effect,” said Paul Elliott, the director of the program at Imperial.

Cases dropped across most of England, most dramatically in the country’s previous hotspots in the North, where they fell by over 50%, the researchers found. There was very little change in London and the East Midlands region, but the rapid growth of the epidemic seen in the capital and the South in mid- to late-October was no longer apparent.

The West Midlands now has the highest number of infections at 1.55% of the population, according to the report.

The research showed the R-number (or reproduction number, which indicates how many other people each infected person passes the virus onto) has fallen below 1 to an estimated at 0.88, “meaning that the country’s epidemic is currently shrinking rather than growing,” according to the researchers.

London had the country’s highest R-number at 0.95, while the lowest were found in northwest and northeast England, at 0.76 and 0.78, respectively.

Infections were down among most age groups except those of school age, where there was an increase, the researchers said. Schools remained open during the second national lockdown, while they were closed in the first lockdown in spring. Fewer children appear to become seriously ill with the virus.

The researchers also drew attention to the fact “the virus is having an uneven impact” on people, with health workers, people living in large households and minority ethnic individuals all having a higher risk of infection.

There was also a link with deprivation, the report said and people from the poorest areas had the highest number of infections. The researchers said this suggested that social inequalities could be contributing to the virus spreading more in certain communities.

Other scientists have raised questions about how asymptomatic Covid-19 cases may affect the virus case count.

“In the most recent [REACT] survey approximately 40% of those who tested positive did not have symptoms at the time the sample was taken,” Mark Woolhouse, an epidemiologist at the University of Edinburgh, told the UK’s Science Media Centre.

He noted that this was about 1 in 200 people, which would equate to more than 250,000 cases across England.

Woolhouse said the results supported the UK government’s aim “to make mass testing as widely available as possible so as to find large numbers of people who may be infectious without knowing it.”