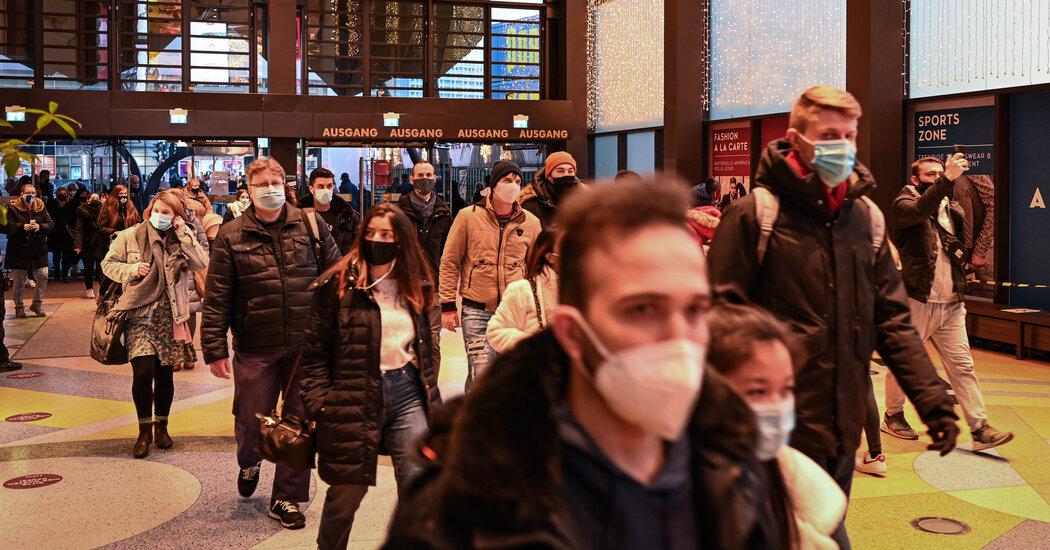 But Ms. Merkel’s speech this year, her 16th as chancellor, is noticeably different. For what is almost certainly her last New Year’s Eve speech as the government’s leader, as she is expected to leave office in 2021, she focuses on a single topic: the coronavirus.

“The coronavirus pandemic was and is a once-in-a-century political, social and economic challenge,” Ms. Merkel says in the annual prerecorded televised speech that is watched by millions of German households.

The pandemic has killed more than 33,000 people in Germany and sickened hundreds of thousands more. And even if generous government subsidies have averted much of the widespread economic pain that other countries have experienced, long-term economic consequences loom for the nation.

As the speech makes clear, the pandemic has upended Ms. Merkel’s last full year in office, upsetting a period in which she hoped to cement her legacy with leadership on issues like climate change, digital transformation and a robust social state.

Abroad, Ms. Merkel had hoped to focus on tackling issues like refugees and European Union unity as Brexit played out and countries like Hungary and Poland tested the bloc’s liberal values. Instead, she spent much of her time during Germany’s six-month term in the European Council’s rotating presidency traveling to Brussels for meetings to persuade E.U. members to break budget rules and set up a fund to counter the economic effects of the pandemic.

“I don’t think I am exaggerating when I say that never in the past 15 years have we all experienced such a difficult year — and never have we greeted the new year with so much hope, despite all of our concerns and some skepticism,” she says.

As she notes in the speech, Ms. Merkel will not run in the next election, slated for September. In just several weeks from now, those in her party who hope to succeed her — a powerful state governor, a former political competitor and a senior lawmaker — will compete for the leadership of her party.

But the winner of that contest faces a difficult path to the chancellery. None of them are adored like Ms. Merkel, who after a decade and a half in office and, especially after her handling of the pandemic, remains Germany’s most popular politician.

Outside politics, the country’s liberal consensus also seemed increasingly in danger as tens of thousands took to the streets to protest Covid-19 regulations because they either didn’t believe the coronavirus was real or thought the government had no business imposing measures to stop it.

“I can only imagine how painful it must be for those who are mourning for loved ones lost to coronavirus or are themselves struggling with the lingering effects of this illness to see willful deniers disputing the virus’s existence,” Ms. Merkel says, calling conspiracy theories about the virus “cynical and cruel.”

The protests have found resonance on the country’s far right. A planned gathering of protesters opposing the Covid-19 restrictions in Berlin on Thursday was prohibited by the authorities, who feared that the event would lead to new infections.

In Germany, the tradition of an annual speech by the country’s leader dates back at least to the turn of the last century, when Kaiser Wilhelm II gave speeches from a balcony in Berlin. The practice continued during the Weimar Republic (when it was first broadcast) and the Third Reich. In recent decades, the tradition is for the country’s president to give a speech on Christmas and the chancellor on New Year’s Eve.

Even as Ms. Merkel speaks of hope that came with the coronavirus vaccinations that began in Germany on Sunday, she acknowledges that the situation remained dire. “This is a hard winter, and it is far from over,” she says.

The health authorities in Germany are registering record infections despite a weekslong lockdown, and on Tuesday reported 1,129 Covid-19 fatalities in a single day, a record.

Ms. Merkel’s broadcast is likely to be seen by more Germans than the over three million spectators who watched it last year, because — for the first time since the television broadcasts started in the 1950s — it does not have to compete with the country’s usually boisterous New Year’s Eve traditions. Fireworks have been banned across the country, and many places have curfews. As in other cities, an increased police force in Berlin were sent to patrol the streets to break up any gatherings.

Ms. Merkel’s last New Year’s Eve speech also comes after a year during which the usually taciturn chancellor was forced to address Germans directly on several occasions, usually in an effort to get acceptance for new coronavirus rules.

Video clips of her explaining scientific details off the top of her head went viral as Germans looked to her calm and thoughtful leadership during the crisis.