Pressboltnews
More
Home General Coronavirus | First vaccine shots in U.S. could be given 24 to...
General

Coronavirus | First vaccine shots in U.S. could be given 24 to 48 hours after FDA nod: health official 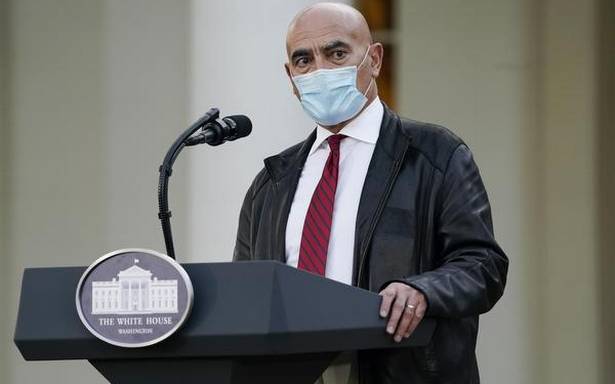 Healthcare workers and others recommended for the first COVID-19 inoculations could start getting shots within 24 hours after the vaccine receives regulatory authorization, the chief adviser for the U.S. government’s Operation Warp Speed program said on Tuesday.

Moncef Slaoui, a former GlaxoSmithKline executive overseeing the vaccine portion of the U.S. program, said he hopes 20 million people will have been vaccinated by the end of this year.

“Within 24 hours, maybe at most 36 to 48 hours, from the approval, the vaccine can be in people’s arms,” Mr. Slaoui said at an event conducted by The Washington Post.

Mr. Slaoui said practice shipping runs – without vaccines – have been conducted to prepare for initial distribution expected to begin in mid-December once Pfizer Inc receives an emergency use authorization (EUA) from the U.S. Food and Drug Administration for its vaccine.

Pfizer applied for the EUA on Nov. 20 after publishing data that showed the vaccine developed with German partner BioNTech SE was 95% effective in preventing COVID-19.

A committee of outside expert advisers is scheduled to meet on Dec. 10 to discuss the data and make a recommendation to the FDA on whether to grant authorization. The agency typically follows the advice of these expert committees.

States will be in charge of distributing vaccines to their populations. Mr. Slaoui said the federal government will ship doses to the locations identified in state plans.

The United States should have 60 million to 70 million doses a month by January, between both the Pfizer and Moderna Inc vaccines, Mr. Slaoui said. Moderna’s vaccine, which was about equally effective, will be reviewed by the expert panel a week after Pfizer’s.

Both vaccines require patients to receive two doses about a month apart.

If there are four approved vaccines by early next year, manufacturing of doses should ramp up significantly in about March or April to about 150 million shots per month, he said.

RELATED:  What happened to department stores?

J&J has said that it is on track to release an interim analysis of its large vaccine trial late this year or early next year. It would likely then need full data from the trial before applying for authorization.

RELATED:  PS5 Bought in India Before Official Launch Will Not Have Warranty: Report

Speedy U.S. clearance for the AstraZeneca vaccine appears unlikely. The company and Oxford University researchers released interim data on Nov. 23 that showed its vaccine was on average 70% effective and could be up to 90% effective against the virus with an alternate dosing regimen.

Some scientists have raised doubts about the strength of AstraZeneca’s data after it turned out that patients in the UK part of the trial that showed 90% efficacy had accidentally received a half dose of the vaccine followed by the full dose.

AstraZeneca said that it will likely run an additional global trial using that dosing regimen to confirm those results.

Another 1,348 people have died within 28 days of a positive coronavirus...
Read more

Biopharma stocks advanced yet again in the week ended Jan. 22, with...
Read more

Olympic Athlete Speaks of Assault and Breaks a Bigger Silence in...