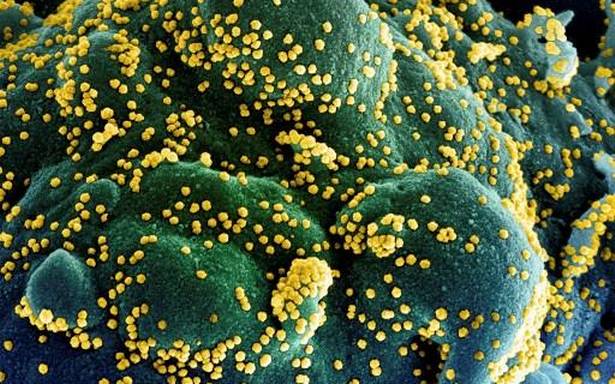 While the mutation did not change virus replication, the scientists said it significantly diminished binding of a proportion of both clinical antibodies and serum samples.

Scientists have assessed a mutation in the novel coronavirus and found that it confers the virus resistance to some individual’s serum antibodies, an advance which underscores the need for constant molecular surveillance of the pathogen to guide the development of vaccines.

According to the study, published in the journal Cell, variants carrying this mutation are similar to the wild-type novel coronavirus from Wuhan, China in their ability to spread and cause disease, but can bind more strongly to the human ACE2 receptor which acts as the gateway for the virus to enter host cells.

“Our structural analysis demonstrates that this new mutation introduces an additional interaction between the virus and the ACE2 receptor,” said Gyorgy Snell, a co-author of the study from the MRC-University of Glasgow Centre for Virus Research in the U.K.

In this mutation, the scientists said a single molecule part of the virus spike protein is altered from the amino acid asparagine to lysine, enabling the formation of a new point of contact with the ACE2 receptor.

They believe this alteration in the 439th position of the protein’s chain of amino acid building blocks is in line with a two-fold increase in its binding affinity with ACE2.

The scientists said the mutation, denoted as N439K, was first detected in Scotland in March and since then, a second lineage B.1.258 has independently emerged in other European countries. By January 2021, they said this lineage has been detected in more than 30 countries across the globe.

While the N439K mutation did not change virus replication, the scientists said it significantly diminished binding of a proportion of both clinical antibodies and serum samples.

They said the mutation particularly resisted neutralisation by clinical therapy approved by the U.S. Food and Drug Administration (FDA) for emergency use as part of a two-antibody cocktail.

“The virus is evolving on multiple fronts to try to evade the antibody response,” Snell said.

According to the researchers, one of the biggest hurdles in studying variants is the limited amount of viral genome sequencing that’s currently being done across the globe.

“This underscores the need for broad surveillance, a detailed understanding of the molecular mechanisms of the mutations, and for the development of therapies with a high barrier to resistance against variants circulating today and those that will emerge in the future,” Snell said.

X
Watch | Inside the world’s biggest vaccine production hub…ScienceSerum Institute of India is the world's largest vaccine manufacturer by number of doses produced. It is located in the city of Pune. It was founded by…
close