Home Science Coronavirus | India and the race for vaccine development

Coronavirus | India and the race for vaccine development 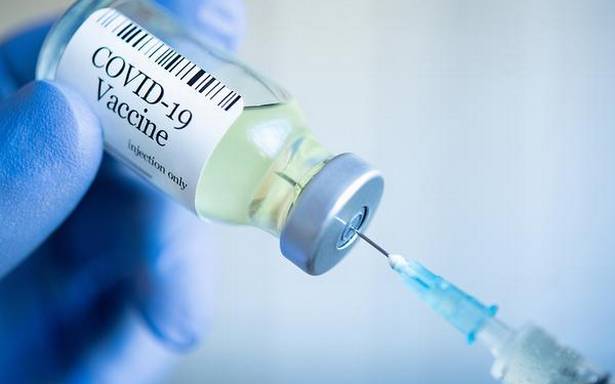 The COVID-19 pandemic began in January 2020. Italy, France and the U.S. had the novel coronavirus importation in November–December of 2019, but it had remained unrecognised until laboratory test for diagnosis became available in mid-January 2020. By January 24, 2020, infection was detected outside China, Hong Kong and Macau, in Thailand, Japan, Taiwan, South Korea, Viet Nam, the U.S., France, Australia, Singapore, Malaysia and Nepal. By January 31, last year, Philippines, India, Russia, Spain, Sweden and the U.K. had documented virus importation. By February first week,26 afflicted countries realised that they were in the grip of a grave pandemic. The race for vaccine development was on.

Advanced biotechnology laboratories and large-scale vaccine manufacturing facilities made India a front runner, if not the best bet, to win the vaccine race in the world outside of China. We had two more advantages: representation in two global initiatives– the Global Pandemic Preparedness Monitoring Board and Coalition for Epidemic Preparedness Innovations, the latter advising the world to prepare for vaccine development.

The Prime Minister promised to lead SAARC countries in pandemic response. A mammoth market for vaccines was readymade for India as SAARC countries represent 21% of world’s population. India had the capability to manufacture vaccine on a large scale.

India’s vaccine manufacturing facilities are highly rated, globally. They have in-house research and development laboratories. However, they are concerned with research of a practical nature, for refining processes and products, rather than basic and fundamental research necessary for designing new vaccine candidates. Universities and Institutes of technologies are where such new ideas are incubated. Commercial manufacturing facilities depend on profit for research funding. Universities and Institutes, funded by government and private philanthropic trusts, can pursue basic research without financial constraints. When confronted with urgent need for vaccines, the wise approach would have been to establish a platform to bring the two groups together for fast-tracking vaccine candidate designs, pre-clinical and clinical trials, and up-scaling manufacture of promising vaccines.

Unfortunately, during January through March there was no guidance or leadership from the Government of India for vaccine development. The expertise of the two global initiatives was not adapted for meeting India’s needs or for asserting India’s global leadership.

Filling the vacuum, fortunately, a few private companies, on their own initiative, invested heavily in vaccine development and up-scaling of vaccine production. Consequently, two made-in-India vaccines are now under the national regulatory agency’s assessment for suitability for emergency use authorisation. Neither vaccine has completed Phase 3 trials. One foreign vaccine company with a vaccine already registered in a few countries has also applied for similar approval. The regulatory agency has not yet approved any of them, as of December 31, 2020.

China, by political decision and Russia, by temporary registration, initiated a national vaccination programme with indigenous vaccines by or before September, even before Phase 3 trials were completed. By the end of December 2020, thirty-three countries other than China and Russia had already started vaccinating their citizens with vaccines with proper regulatory agency approvals after they had completed very large Phase 3 trials. Four countries began vaccinations in the first half of December and twenty-nine countries began the process in the second half of December.

India had the unique opportunity not only to lead the world in vaccine development and supply, but also in designing a vaccination strategy and platform for rolling out vaccine to the public. India’s model would have been a guide not only for SAARC countries but also for many Asian and African countries with rather weak health management systems. That opportunity was entirely in the hands of the government. Utilising these two opportunities, India could have partly overcome the economic downturn due to the pandemic.

The Government of India, Science Advisory bodies, economic advisors, Academia, Medical and Science Academies and Biotechnology experts ought to do some serious introspection now, and analyse how and why India missed this opportunity, in spite of the Prime Minister’s exhortation to scientists and entrepreneurs to “Make in India” for wealth creation and prosperity.

We lacked neither competence nor infrastructure, but lulled ourselves into overconfidence and complacency. We were slow, but had we been steady, we ought to have won the race.