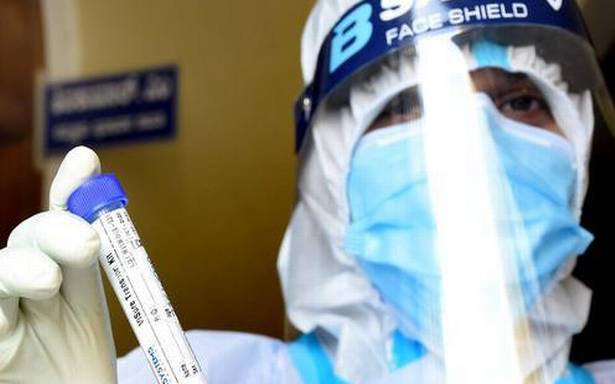 Several States have stepped up efforts to trace and test persons who have flown in or transited from the United Kingdom between November 25 and December 23, for a more infective version of the COVID-19 virus. Flights between India and the U.K. remain suspended till December 31. Over 6,000 travellers from U.K. have been traced across States

India’s COVID-19 caseload rose to 1,01,46,845 with 23,067 new infections being reported in a day, while recoveries have crossed the 97-lakh mark, according to data updated by the Union Health Ministry on Friday.

The number of people who have recuperated from the disease surged to 97,17,834, pushing the national recovery rate to 95.77 per cent, while the COVID-19 case fatality rate stands at 1.45 per cent. The COVID-19 active caseload in the country remained below three lakh for the fourth consecutive day.

We will talk to airport authorities: Jain on 2 COVID-positive flyers slipping out report

Delhi Health Minister Satyendar Jain on Thursday said the city government will approach the airport authorities over a report that two COVID-positive flyers from the United Kingdom had slipped out from the Delhi airport.

Amid mounting concern over a new strain of the virus detected in the UK, the Delhi government on Tuesday had said people who have arrived there recently from that country, are being traced and tested, while an institutional quarantine facility was being set up separately for positive cases at the LNJP Hospital.

At a press conference on Thursday, when asked about the report that two passengers from the UK, who had landed at Delhi airport on Tuesday, had further travelled to Punjab and Andhra Pradesh despite testing positive for COVID-19, Jain said, “I have also read about it in the newspaper today. Flight operations and security there is under the airport authorities… But, a person who has tested positive, should not have moved out,” Mr. Jain said.

Chief Minister Arvind Kejriwal on Thursday said that Delhi was fully prepared and the government had made all arrangements to receive the COVID-19 vaccine from the Centre for storage and to administer to patients. He said this after attending a review meeting on vaccination steps.

In the first phase, he said, the vaccine will be given to 51 lakh people as earmarked by the Central government in priority lists, which include 3 lakh healthcare workers, 6 lakh frontline workers and 42 lakh people either aged above 50 or below but with co-morbidities.

The active case pool of COVID-19 patients in the State, which had been brought down to 57,000 after it hit the peak at 97,000 plus cases, is now swelling slowly and steadily since the past few days.