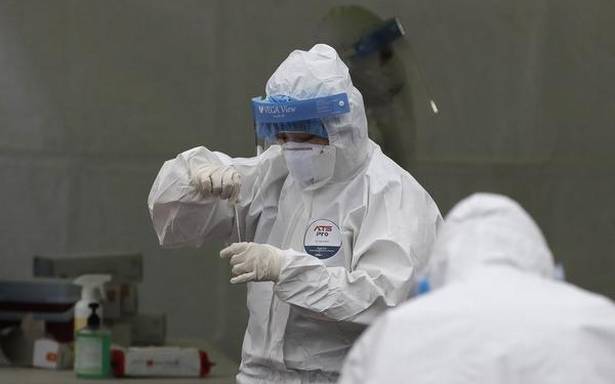 The mutation seems to provide a more favourable interaction with mouse ACE2 for docking and entry, they say

In a preliminary report posted on December 19, Dr. Andrew Rambaut from the University of Edinburgh and others from the COVID-19 Genomics UK Consortium (COG-UK Consortium) say that the new variant has been spreading “rapidly” over the last four weeks. The COG-UK Consortium had analysed the genome data of SARS-CoV-2 virus and identified the variant.

Of the many mutations found in the variant, the scientists have pointed out that the N501Y mutation increases the transmissibility of the variant in humans. Though no studies have so far been done in humans to assess if the new variant increases the severity of COVID-19 disease, the consortium researchers have pointed to a study conducted in mice by other researchers that shows that the N501Y mutation does indeed increase disease severity and infectivity.

In a paper published on September 25 in the journal Science, a team of researchers led by Dr. Shibo Jiang from the School of Basic Medical Sciences, Fudan University, Shanghai, found that the N501Y mutation was associated with increased infectivity and virulence in the mouse model.

In the mouse model, the N501Y mutation was found to increase the binding affinity of the virus with the mouse ACE2 receptor. The mutation in the mouse-adapted strain also caused increased virulence.

“The increased virulence of SARS-CoV-2 [in the mouse-adapted strain] was likely attributed to the rapid emergence of N501Y substitution in the RBD of SARS-CoV-2 S protein,” they write. “The N501Y mutation seems to provide a more favourable interaction with mouse ACE2 for docking and entry, thus leading to the increased virulence phenotype in mice.”

Dr. Gagandeep Kang, Professor of Microbiology at CMC Vellore, however, cautions that the emergence of N501Y mutation has been seen on other occasions. According to her, the N501Y mutation in a strain that has been adapted to infect a mouse model cannot be compared with the N501Y mutation seen in the new variant infecting humans. And the severity of diseases caused by the mutation in the mouse model has no relevance to humans, she says. “At this time, one can only say the mutation increases binding affinity in humans and hence increased transmissibility. Nothing can be said about disease severity,” says Dr. Kang.