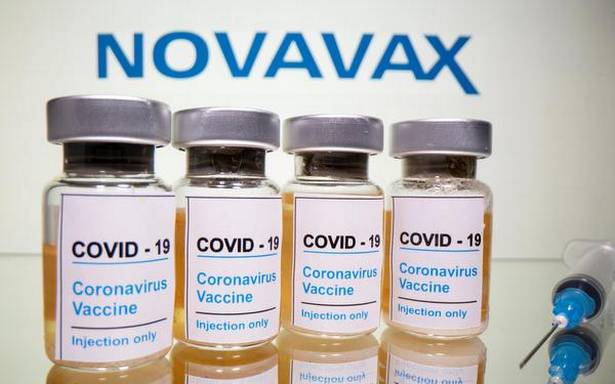 However, its efficacy dropped to 60% when it was tested in volunteers in South Africa

American company Novavax, whose COVID-19 vaccine is set to be made in large numbers by the Pune-based Serum Institute of India (SII), has reported that its vaccine has proved to have 89% efficacy in preventing the infection in some trial volunteers in the United Kingdom. However, the efficacy dropped to 60% when it was tested in volunteers in South Africa, a likely consequence of a mutant coronavirus variant that is now deep-rooted there.

The study enrolled more than 15,000 participants between 18-84 years, including 27% over 65. The efficacy results are an “interim analysis” as the Phase-3 trials are ongoing. When 62 RT-PCR positive cases were analysed, 56 were observed in the placebo group versus 6 cases observed in the vaccinated (NVX-CoV2373) group. Of them, 61 were mild or moderate infection and one—in the placebo group—was a severe infection.

More than half the positive cases were found to harbour the ‘UK variant’, which is linked to heightened infectivity, and the vaccine protected 85% of those with the variant as opposed to 95% with the original variant.

Since December, scientists have raised concerns over mutated variants of the coronavirus, particularly those isolated in the U.K., South Africa and Brazil that harbour changes, allowing the virus to cheat the immune system. These variants are being linked to renewed waves of the virus but haven’t been shown to be more lethal.

Researchers associated with the trial said that the 60% efficacy was good news considering that nearly 90% of those who participated in the trial were affected by the South African variant.

“The reduced risk against COVID-19 illness in vaccinated individuals in South Africans underscores the value of this vaccine to prevent illness from the highly worrisome variant currently circulating in South Africa, and which is spreading globally. This is the first COVID-19 vaccine for which we now have objective evidence that it protects against the variant dominating in South Africa,” Professor Shabir Maddi, Executive Director of the Vaccines and Infectious Diseases Analytics Research Unit (VIDA) at Wits, and principal investigator in the Novavax COVID-19 vaccine trial in South Africa said in a statement. “I am encouraged to see that Novavax plans to immediately begin clinical development on a vaccine specifically targeted to the variant which, together with the current vaccine, is likely to form the cornerstone of the fight against COVID-19.”

In September, Novavax signed up with the SII to manufacture 2 billion doses of the vaccine. A spokesperson for the SII, which manufactures Covishield, told The Hindu that the company had no immediate comment on the Novavax results.

Shahid Jameel, virologist and Director, Trivedi School of Biosciences, Ashoka University, said that Novavax was developed on a well-known platform technology used to develop vaccines for hepatitis B and human papilloma viruses. “So we can largely be sure of no safety or vector background issues but the reduced efficacy against South African variants was expected due to the location of the mutations on the coronavirus,” he told The Hindu.