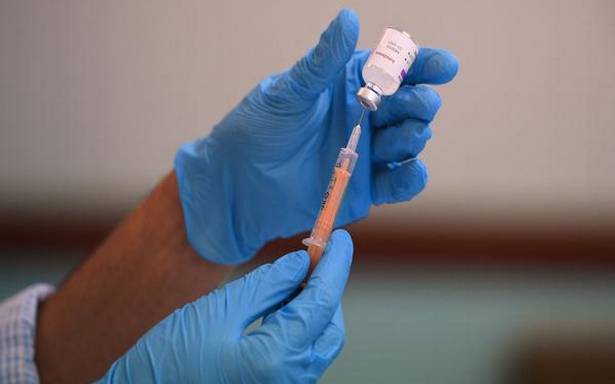 No studies were carried out to examine the efficacy of the vaccine against the variant found in South Africa.

The Oxford vaccine appears to protect people against the new, more transmissible variant (B.1.1.7) first found in Britain in end-November and has since become the dominant one in the U.K. The efficacy of the vaccine against the U.K. variant is comparable with the efficacy against other SARS-CoV-2 virus lineages. The results were posted in a preprint server. Preprints are yet to be peer-reviewed and published in scientific journals.

No studies were carried out to examine the efficacy of the vaccine against the variant found in South Africa.

Based on blood samples taken from trial participants who had been vaccinated, they found a nine-fold reduction in the neutralising activity levels of the vaccine-generated antibodies against the U.K. variant compared with other lineages.

While neutralising antibody titres generated by vaccination with Oxford vaccine are lower for the new variant, clinical efficacy of the vaccine against symptomatic COVID disease is similar for both the new variant and other lineages. “These findings suggest that either lower neutralising antibody titres are sufficient to provide protection or that other mechanisms of immunity may be responsible for protection from disease in vaccinated individuals,” the preprint says.

According to the researchers from Oxford University who conducted the study, though there is a reduction in the live neutralising activity of sera from vaccinated people, the “efficacy of the vaccine after a second dose was preserved against the new variant, and is “similar to previously published efficacy results” from cases prior to the emergence of the new variant.

Besides neutralising antibodies, certain antibodies mediating other functions may be recognising and binding to alternative sub-units on the spike protein explaining the observed clinical efficacy against the new variant, they postulate. There is also the likelihood that cellular immune responses to the vaccine have been sustained against the U.K. variant independently of neutralising activity, which might also be playing a role in clinical efficacy of the vaccine against the new variant.