Home News Coronavirus unlikely to have leaked from China lab, WHO team says

Coronavirus unlikely to have leaked from China lab, WHO team says 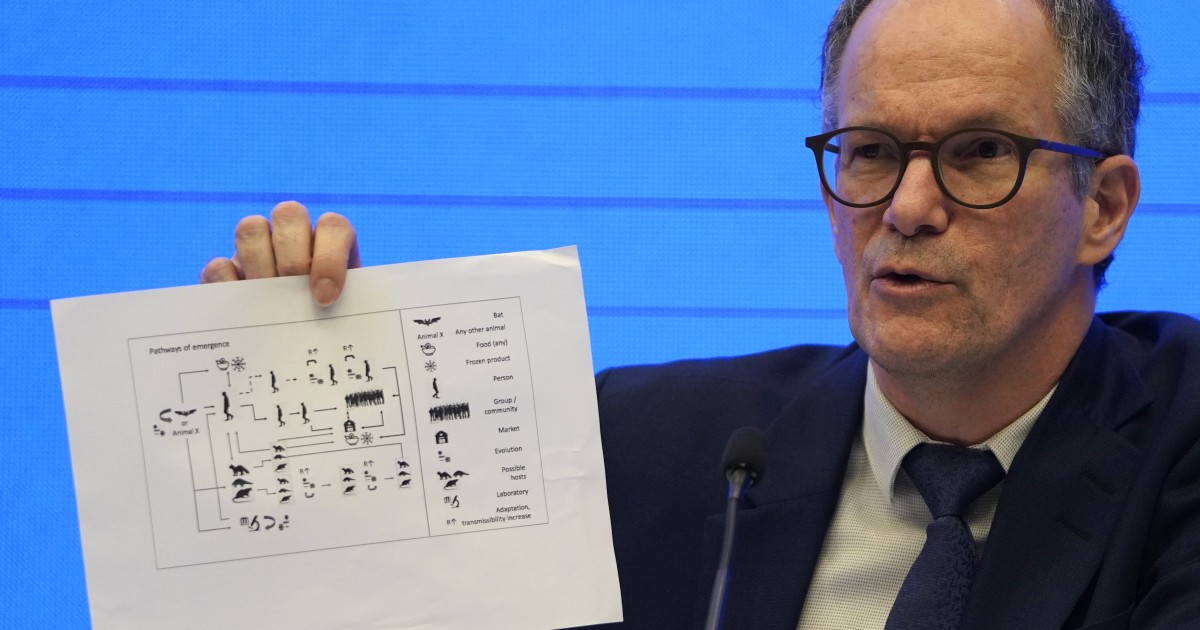 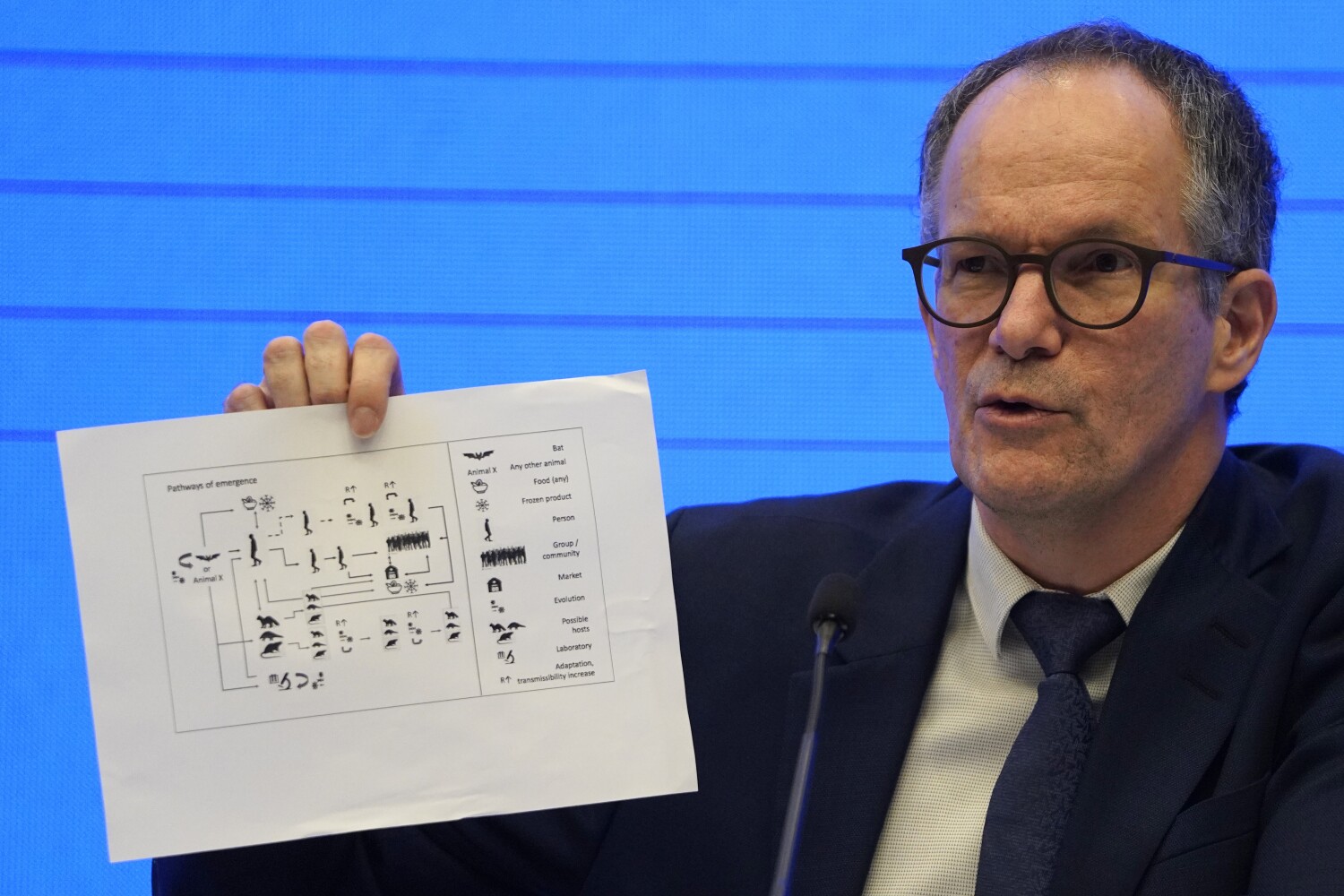 The World Health Organization said Tuesday that the most likely source of the coronavirus outbreak in Wuhan was from an animal to another animal, then to humans, not a leak at a Chinese lab.

They said that the virus could also have been passed through a frozen product, a possibility that has been widely promoted by the Chinese government.

WHO officials at a press briefing described the theory of a “lab leak” origin for the coronavirus outbreak as “extremely unlikely.”

The briefing came at the end of a monthlong visit by a WHO-led team of international experts to Wuhan, where the coronavirus that has swept the world, killing more than 2.3 million people, was first reported in late 2019.

The visit was planned as an investigation into the origins of the pandemic, though Chinese authorities have insisted that it is “not an investigation” but a “cooperative exchange,” and suggested that the WHO should also investigate virus origins in the United States.

It was a tightly controlled trip. The team spent two weeks in hotel quarantine and the other two weeks shuttled around Wuhan blocked off from the general public, while reporters chased behind. Yet one of the experts said they’d been able to see “every place we asked to see, everyone we wanted to meet,” including visits to the Huanan Seafood Market that was suspected as the initial outbreak source and the Wuhan Institute of Virology, where coronaviruses carried by bats are studied in a high-security lab.

The experts said they also met with early COVID-19 patients, reviewed mortality statistics and records of people with flu-like diseases from hundreds of healthcare centers in Wuhan, and discussed the results of nationwide animal sampling and testing with Chinese counterparts.

“Did we change dramatically the picture we had beforehand? I don’t think so,” said Peter Ben Embarek, a WHO expert on food safety and animal diseases. “Did we improve our understanding, did we add details to that story? Absolutely.”

The WHO team had explored four hypotheses on the virus’ origins, Embarek said: a direct jump from animal to human; jumping from an animal to a second intermediary species, then to humans; transmission from the surface of frozen food products; or a laboratory leak.

The fourth theory was the most controversial and politicized. The Trump administration had accused China of covering up a lab leak, while Beijing has pushed back with claims of the virus entering China from abroad through cold chain imports including ice cream, cherries, meat and seafood.

Liang Wannian, an expert with China’s national health commission, said that the virus was “possibly already spreading” a few weeks before discovery, but also that a review of mortality statistics and medical records indicate no suspected cases of COVID-19 in Wuhan before December 2019.

Experts on the WHO team did not fully affirm either the frozen food or foreign origins theories that have been heavily pushed by Chinese authorities.

Before this trip, the WHO’s top emergency expert had said the theory of the coronavirus emerging elsewhere than China was “highly speculative.”

Publications suggesting COVID-19 circulation in Italy predating the Wuhan outbreak had been included in the report findings with a recommendation for follow-up, said Marion Koopmans, a Dutch virologist who was on the expert team. But the methods of such papers were not confirmed and “did not provide full evidence,” she said.

Frozen food was also only a theory that required more investigation, Embarek said. “We know the virus can persist and survive in conditions found in these cold and frozen environments. But we don’t understand if it can then transmit to humans,” he said. “It would be interesting to explore if a frozen wild animal that was infected could be a potential vehicle for the virus into a market environment.”

The WHO experts spoke most about the possibility of the virus jumping from a bat to a second animal, then to Wuhan, possibly through wild animals that were sold live and frozen within the Huanan Seafood Market. An “extensive traceback” of all the animals and products sold there had shown there were some species “susceptible” to coronaviruses, Koopmans said, such as rabbits, ferrets, badgers and bamboo rats.

Some of those wild animals were raised on farms or in regions known to harbor bats with viruses closely related to SARS-CoV-2, the virus that causes COVID-19, she said. The WHO team recommended studying farms where such animals were bred, as well as collecting further animal samples in neighboring countries.

As for the lab theory, Embarek said the expert team had rejected the possibility after a visit and extensive discussions with the lab researchers about their past and present experiments. “It was very unlikely that anything could escape from such a place,” he said.

Asked whether the Wuhan Institute of Virology was performing gain-of-function experiments, a controversial form of research where pathogens are altered to become more infectious as a way of understanding how they might infect humans, Embarek did not answer directly.

He said only that WHO had discussed “all the projects involving [the Wuhan institute’s] studies with bats and coronaviruses” and that the meeting minutes would be in the report.

The WHO team’s rejection of the lab theory was a “big win for China,” said Yanzhong Huang, senior fellow for global health at the Council on Foreign Relations. But it will have to be backed up by convincing data in the upcoming report, he said. “Otherwise, I don’t think this theory will die so easily.”

At the same time, WHO had exceeded his expectations, Huang said, by revealing substantive information and not completely embracing the Chinese government’s narratives.

“Keep in mind that the WHO is a member state organization. They have to do their work within the parameters set by the host government,” he said.

“I know the WHO. They’re walking a diplomatic tightrope,” said Lawrence Gostin, a global health professor at Georgetown Law School and director of the WHO Collaborating Center for national and global health law.

The WHO has been under pressure from critics who say it was too deferential to China especially in the early days of the coronavirus outbreak, when Chinese authorities insisted there was no human-to-human transmission despite clear evidence in Wuhan.

Last year, a report produced by a WHO team that went on a severely restricted visit to China was also criticized as “a whitewash,” Gostin said.

“There’s a lot of spin and theatrics going on. It’s absolutely clear that China has a story it wants to tell to the world, one of full cooperation, scientific prowess and technological achievement,” Gostin said. “They will continue to push that narrative that is flattering to China, and WHO for its part needs to show that it can stand up to that kind of pressure.”