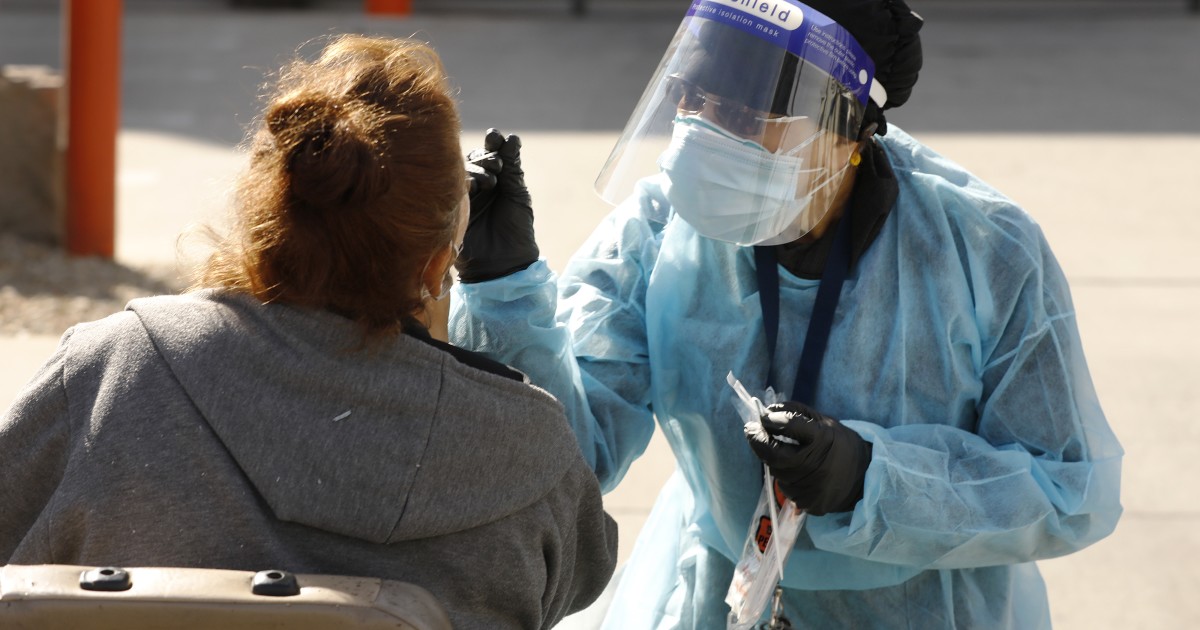 The coronavirus variant first seen in Los Angeles in July now accounts for about 44% of new infections in Southern California and more than a third of new infections throughout the state, researchers reported Thursday.

In addition, the strain has spread across the United States and to six countries across the globe, according to their study in the Journal of the American Medical Assn.

It “remains uncertain” whether the genetic changes that characterize the fast-moving variant have improved its ability to transmit from person to person, or to make people infected with it sicker, a team from Cedars-Sinai Medical Center in Los Angeles acknowledged in the JAMA report. But the virus’ rapid expansion in California is a cause for some concern, they wrote.

The homegrown variant is distinct from other versions of the virus present in the U.S., including the B.1.1.7 strain from the United Kingdom and the B.1.351 strain from South Africa. But like those new strains, it is defined by several mutations in the virus’ spike protein, the “docking mechanism” the virus uses to latch on to human cells.

One of the California variant’s five mutations, known to scientists as L452R, could alter a particularly critical part of the spike protein called the receptor binding domain.

A study conducted last year by Howard University researchers found that the mutation helps the virus attach more firmly to human cells. It therefore has the potential to enhance the virus’ transmission.

At both Cedars-Sinai and UC San Francisco Medical Center, samples of the new variant are being tested in an effort to detect whether its altered genetic makeup has given the virus new powers to spread or sicken.

“New variants do not always affect the behavior of a virus in the body, said Dr. Eric Vail, one of the study’s senior authors.

But because this one took off in the midst of a calamitous surge of new infections in Southern California, and because three of the five changes to its genetic code involve the spike protein, it’s of particular interest, said Vail, a molecular pathologist in Cedars-Sinai’s Department of Pathology and Laboratory Medicine.

Although the variant was barely detectable in early October, it accounted for 24% of roughly 4,500 viral samples gathered throughout Southern California in the last weeks of 2020. Less than a month later, its share of new infections had climbed.

Between Jan. 1 and Jan. 22, the variant accounted for 44% of coronavirus samples collected in Southern California and 35% of samples from throughout the state.

In assessing the likely impact of emerging strains elsewhere, scientists have viewed trends like this as evidence that a new genetic variant has acquired a competitive advantage over strains already in circulation. One explanation would be an increase in transmissibility.

“If you look at the numbers, they suggest that [the California variant] is likely more infectious,” said Jasmine Plummer, a Cedars-Sinai researcher who led the study with Vail. But because other factors may have contributed to its growing presence, “we need to do more studies” to confirm the suspicion, she cautioned.

It has also made its way to Australia, Denmark, Israel, New Zealand, Singapore and the United Kingdom.

“The emergence of this and other new variants is likely to be a common occurrence until the spread of this virus is reduced,” a team from the National Institute of Allergy and Infectious Diseases wrote in an editorial that accompanies the study. “This emphasizes the importance of a global approach to surveillance, tracking, and vaccine deployment.”

Plummer said travelers from Southern California were likely carrying the new variant with them to other states and countries.

Los Angeles International Airport has long been among the busiest travel hubs in the U.S., ranking No. 2 in total passengers boarded in 2019, according to the U.S. Department of Transportation. It’s a key U.S. gateway to a number of foreign destinations, including Australia and New Zealand.

While air traffic across the U.S. has plummeted during the pandemic, more than 4 million domestic and international passengers still traveled through LAX in November and December, according to Los Angeles World Airports, which operates the airport.