Home General Coronavirus: What does Emmanuel Macron’s infection mean for other EU leaders?

Coronavirus: What does Emmanuel Macron’s infection mean for other EU leaders? 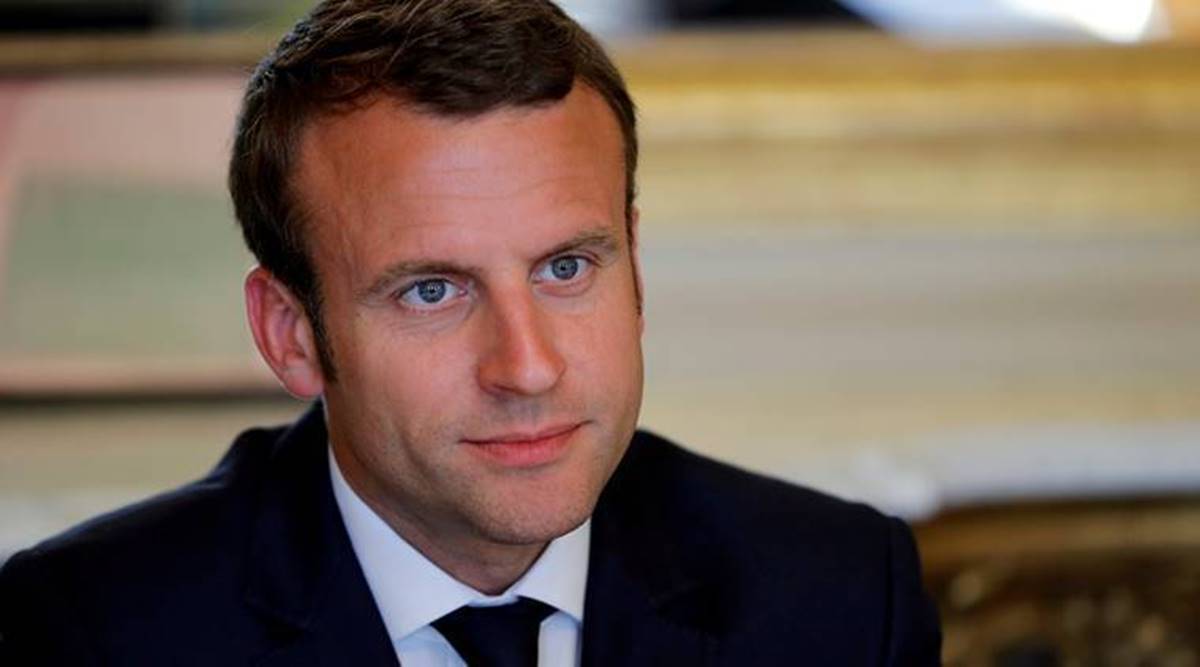 It was not immediately clear where French President Macron contracted the coronavirus. But one possibility could be during marathon talks last Thursday and Friday at a European Union summit over the bloc’s budget and climate targets. If that’s the case, it would be a worst-case scenario for the summit organizers.

Since the onset of the pandemic, European Council staff has done its utmost to reduce the risk of heads of state and government contracting or spreading the coronavirus. Masks are mandatory, social distancing is enforced and delegations have been reduced to an absolute minimum. Decision-makers are now limited to five advisers. Handshaking has been substituted with touching elbows, bowing and other greetings.

“All hygiene standards were met during the summit, we have no information about other attendees or aids having tested positive,” one European Council spokesperson has said. President Macron could have, however, infected some of his fellow decision-makers. He had a one-on-one meeting with German Chancellor Angela Merkel during the summit.

Merkel, however, is known to take social distancing seriously and wears FFP2 masks, which are considered very safe. The German chancellery recently reported that Merkel has tested negative, wishing Macron a speedy recovery.

Belgian Prime Minister Alexander de Croo and his Portuguese counterpart Antonio Costa, meanwhile, have gone into quarantine in their respective home countries and are working remotely. Costa, who will take over Germany’s EU Council presidency in January, had met Macron for lunch during last week’s summit. Naturally, both removed their masks during this shared meal.

Technically, anyone who was physically present in the EU Council building should instantly begin contact tracing. Yet across the bloc, the rules and practices of contact tracing differ. Thus far, it has not been possible to establish a common framework. Moreover, some decision-makers are more cautious than others. EU Commission President Ursula von der Leyen, who attended last week’s summit, on Thursday made it known through her spokesperson that she had tested negative on Monday and would therefore stick to business as usual.

Numerous leaders, including Marcon, were present at last Monday’s Paris summit celebrating the anniversary of the Organization for Security and Co-operation in Europe (OSCE). Spanish Prime Minister Pedro Sanchez, who attended this gathering, is now in quarantine. As is European Council President Charles Michel. In October, von der Leyen and Finnish Prime Minister Sanna Marin were forced to self-isolate after it emerged that they had been in contact with infected staffers. In September, Michel had to postpone a summit for the very same reason.

In theory, EU heads of state and government could have agreed in spring to negotiate only using video conferencing tools. During these online talks, however, decision-makers were found to be reading from pre-prepared speech notes. Without the possibility of bilateral meetings during summits, and with all conversations being recorded, the odds of producing real, tangible results are diminished.

A breakthrough on EU climate targets at last week’s Brussels summit was only achieved because various heads of government spent hours in talks with Polish Prime Minister Morawiecki. After taking his concerns into consideration and much convincing, he was eventually persuaded to vote with his fellow EU counterparts.

Intense, face-to-face talks similarly helped overcome a roadblock regarding the planned EU budget. German Chancellor Merkel deployed her excellent negotiation skills to reach a compromise with Poland and Hungary so that the bloc’s budget could be agreed and billions in emergency coronavirus funding paid out. July’s four-day marathon talks over the coronavirus recovery fund make clear that face-to-face negotiations are very effective.

The same can be said for Brexit talks. Virtual negations have proven relatively ineffective. That is why EU chief negotiator Barnier and his British counterpart David Frost — both of whom recovered from respective coronavirus infections over summer — agreed to resume face-to-face talks. Direct negations are especially desirable as the deadline draws closer.

Coronavirus restrictions have made it particularly difficult for journalists to go about their work. Since the onset of the pandemic, press conferences and confidential one-on-one talks have been moved to the digital realm. This has led to spokespersons selectively picking which questions to answer and provides little scope for journalists to pose follow-up questions. Without the possibility of meeting on the sidelines, chat in the lobby or over coffee, journalists are out of the loop.

EU to roll out vaccination program

Incidentally, the EU Commission announced Thursday that the European Medicines Agency (EMA) will make a decision regarding the BioNTech-Pfizer coronavirus vaccine on December 21 — and that an EU-wide inoculation program could be rolled out after Christmas Day. The delivery of doses, from the Belgian Puurs production site, in particular, is expected to commence December 26.

If the virus continues spreading at this pace, infecting citizens and decision-makers, Europe could become practically ungovernable. Normality will only be restored once heads of government, their staff and ministers are vaccinated. The next six months will be busy for the EU, after all. The bloc’s economies need to be restarted with EU funding, and a policy on refugees must be resolved. As such, it would be very helpful if leading European lawmakers could soon resume face-to-face talks.