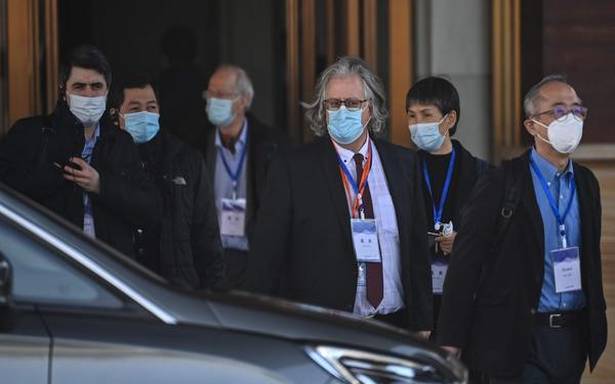 Experts from the World Health Organization visited a Wuhan hospital on Friday as the fieldwork began in a closely watched coronavirus origins probe that will take in a food market presumed to be “ground zero” of the pandemic.

The WHO investigation has been hobbled by delays, and there are fears over access and the strength of evidence a year after the virus emerged in the central Chinese city.

The team met Chinese officials on Friday and then left their Wuhan hotel in a fleet of cars, trailed by a media pack reflecting the intense global scrutiny on a visit whose aim is to establish how the virus was transferred from animals to humans.

The Xinhua hospital — where some of the earliest COVID-19 patients were admitted — is among the field visits, which will “include the Wuhan Institute of Virology, Huanan market, Wuhan CDC laboratory,” the WHO said in a tweet on Thursday — three sites now indelibly linked with the pandemic.

The Huanan market — which remains boarded up — is believed to have been the first major cluster of infections, while former U.S. president Donald Trump had pushed an unsubstantiated theory that the virus escaped from a testing facility at the Wuhan Institute of Virology.

The mission’s exact itinerary remains unclear — tweets from the WHO and its experts are so far the main source of information.

The highly politicised mission had been beset by delays, with China refusing access until mid-January.

China on Thursday warned the United States against “political interference” during a trip, after the White House demanded a “robust and clear” investigation.

The WHO insists the probe will be tethered tightly to the science behind how the virus jumped to humans.

Beijing is desperate to take the air out of the blame game and instead train attention on its handling and recovery from the outbreak.

In a tweet on Thursday, WHO chief Tedros Adhanom Ghebreyesus said he had had a “frank discussion” with China’s Health Minister Ma Xiaowei. “I asked that the international scientists get the support, access & data needed, and the chance to engage fully with their Chinese counterparts,” he said.

Back to Top
Close Add post
X
Elon Musk’s tweets are moving markets — and some investors are worried…WorldCEO of Tesla Motors Elon Musk.Brendan McDermid | ReutersBitcoin's value jumped over 20% to $38,566 on Friday after Elon Musk, the world's richest pers…

X
EU regulator authorises AstraZeneca vaccine for all adults…WorldRegulators authorised AstraZeneca’s coronavirus vaccine for use in adults throughout the European Union on Friday, amid criticism the bloc is not movi…
close