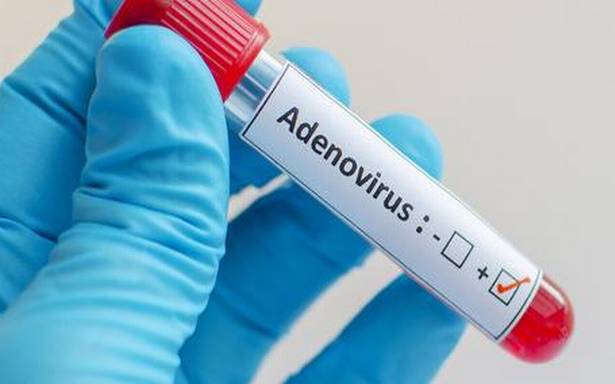 Using the same adenovirus subtypes for repeated vaccination might result in reduced efficacy, but not in the case of inactivated vaccines

Unlike the mRNA vaccine platform used by Pfizer and Moderna, where vaccine efficacy reached 94% and 95%, respectively, the vector-based vaccine platform technology used by AstraZeneca and Johnson & Johnson have shown lower efficacy.

While vaccine efficacy is 66% for Johnson & Johnson vaccine, AstraZeneca vaccine showed 55.1% efficacy when the second dose is administered less than six weeks after the first but 81.3% when the gap between the two doses is over 12 weeks. In contrast, Sputnik V vaccine developed by the Gamaleya Research Institute of Epidemiology and Microbiology, Moscow has reported 91.6% efficacy in phase-3 interim analysis.

Is the relatively low efficacy of adenovirus-based vaccine in some people because of pre-existing antibodies towards the vector? “Adenovirus-based vaccine platforms have been in development for decades. All through that time, the issue of whether pre-existing antibodies to the adenovirus vector will affect the development of antibodies against the new target the adenovirus is carrying as antigen has remained unclear. There are studies showing that there is a loss of potency if there are pre-existing antibodies, but there are also some other studies showing that there is no major potency loss,” immunologist Dr. Satyajit Rath, formerly with the National Institute of Immunology, Delhi and now a visiting faculty at IISER Pune says in an email to The Hindu.

Dr. Rath adds: “Pre-existing antibodies against adenoviruses will stop the adenovirus particles from getting into cells and making the SARS-CoV-2 spike protein they carry the code for.” The presence of pre-existing antibodies against adenovirus and those developed after first and second dose of the vaccine becomes particularly important when repeat vaccinations are needed, as in the case of boosters against variants or yearly vaccination.

“There is always a group with fair levels of pre-existing antibodies. Sooner or later, anti-adenoviral antibodies will inevitably form, complicating the situation for subsequent vaccinations. But nobody has planned and tested a continuously variable panel of adenoviruses as vaccine vectors for long-term boosting, I am afraid!” says Dr. Rath. Virologist Dr. V. Ravi, formerly with NIMHANS also says there is no data available on how the antibodies against adenovirus subtypes will affect the efficacy of vaccines, especially with boosters.

Dr. Rath agrees with Dr. John and says: “It is plausible that unless the anti-adenovirus antibodies are very efficient and are present at high levels, enough virus particles will get in to make the vaccine work well enough; 10-50 billion virus particles are injected into the muscle.”

The AstraZeneca vaccine uses chimpanzee adenovirus. Antibodies against the chimpanzee adenovirus are not prominent in people anywhere in the world. What then is the reason for the low efficacy of the Oxford vaccine? “My guess is the antigen mass (potency) may be relatively low, perhaps adjusted for relatively low cost of production. That is perhaps the reason for a two-dose regimen,” says Dr. John.

“Many issues are involved in determining how well a vaccine design will work. Exactly how the engineered virus was constructed is one factor, the actual number of virus particles given is another. It is not simply a matter of which adenovirus is used as the vector,” says Dr. Rath about the AstraZeneca vaccine.

AstraZeneca vaccine is already being tested in combination with Pfizer and Sputnik V vaccines. “Is this to increase vaccine efficacy of the Oxford vaccine? “I think that these combinations are being tried for a variety of short-term goals – one is to try to overcome supply chain problems by mixing-and-matching, another is to keep giving a different adenovirus each time for as long as possible,” Dr. Rath says.

Dr. John too feels that a heterologous vector as second or third dose may improve vaccine efficacy. But one can be sure only when data become available. “Let me venture to say that no matter which vector was used for first immunisation, further boosters can be given using an inactivated virus vaccine (like Covaxin) or an mRNA vaccine(like Pfizer and Moderna.”

Dr. Krishna Ella, CEO of Bharat Biotech said during a press conference that people vaccinated with Covishield cannot be administered the same vaccine next year. Was he referring to antibodies that would have developed against adenovirus vector that would make repeat vaccination ineffective? “Dr. Ella might have been referring to a future third dose – which is unlikely to be useful as a booster dose because of immunity to the vector that will render the vector virus non-infectious, hence unable to deliver the cargo (spike protein) inside human cells. However, third or repeated periodic doses will be very effective using inactivated virus vaccine (Covaxin) or mRNA vaccine, which use non-immunogenic lipid vesicles,” says Dr. John.

While using the same adenovirus subtypes for repeat vaccinations might result in reduced efficacy in the case of vector-based vaccines, the inactivated vaccines do not face this problem, as seen in the case of rabies and inactivated polio vaccine. “Theoretically, repeat doses with inactivated vaccines will raise the height of immune response with no chance of any reduction of efficacy. If three doses are taken, especially with at least four months interval between second and third doses, there may not be any need for annual boosting. We will have to obtain data to confirm if the theoretical conclusion is correct in real life,” says Dr. John.