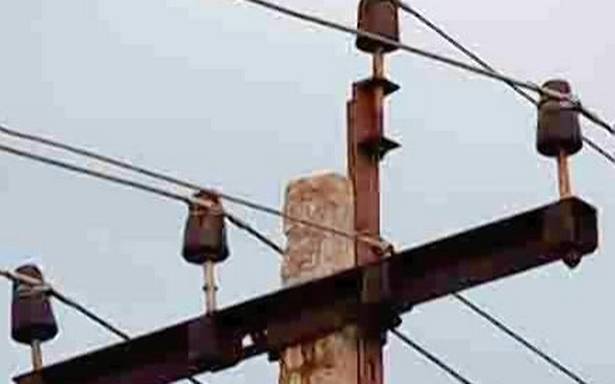 Researchers at IIT Madras have demonstrated that by using Raman thermometry on fibre optic cables, they can achieve monitoring of power transmission cables. Interestingly, they achieve this by using the optical fibres that are already embedded in the power cables for establishing optical communication. The work is part of a larger ongoing project on distributed fibre sensors and has been published recently in IEEE Sensors Journal.

The seeds of the idea were sown about ten years back when Balaji Srinivasan of the Department of Electrical Engineering at IIT Madras was approached by a company that planned to implement overhead power lines across the country. The company had an intriguing request. They wanted Prof. Srinivasan to certify that the glass fibre they were planning to include for communication purposes along with their power cables was indeed an optical fibre. Such optical fibres are traditionally incorporated in cables and buried underground. This could cost up to 80% of the total expense in setting up the communication system. The company had figured that they would save this cost by intertwining a hollow tube with the strands carrying the power lines, and in this hollow tube, they would incorporate the optical fibres – about 48-96 in number – in a hollow tube intertwined with power lines and thereby save the cost of digging tunnels to accommodate them.

It was during this certification process that Prof. Srinivasan got the idea that one or two of the unused fibres could be used – owing to their proximity to the power cables – to keep tabs on the health of the power cables. This is based on the principle that any current flowing through a conductor would cause a temperature rise due to the Joule heating effect.

India’s first and so far only Nobel laureate in physics, C.V. Raman, won the prize for his discovery of Raman effect. This consisted of experimental observations on scattering of light. In the Raman effect, when light is scattered off an object, say a molecule, two bands are observed, with higher and lower frequency than the original light, called the Stokes and anti-Stokes bands, respectively. By studying the relative intensity of the two bands, it is possible to estimate the temperature of the object that scattered the light.

“The anti-Stokes component of Raman scattering is strongly dependent on the temperature that the material is subjected to. Thus, by measuring the intensity of the anti-Stokes scattered light we can estimate the temperature. This is Raman thermometry,” says Prof. Srinivasan.

He explains that the temperature measurement is performed in not just one location, but in a distributed manner using an optical fibre. To achieve this, a pulse of light is launched into the optical fibre and the backscattered radiation is observed. “The time of flight of the backscattered radiation provides an estimate of the distance from which the light is backscattered,This constitutes a distributed measurement as the pulse propagates all along the length of fibre,” he says. This can go up to tens of kilometre. This technique is married to Raman thermometry to get the results for actual measurements over tens of kilometres.

Alternative methods of measuring the temperature of power cables include using a thermal camera to manually monitor their length, which is cumbersome. The present method devised by the team is both economical and provides real-time information.

Optical fibre-embedded power cables are already available across the country, but none of them are presently used for power monitoring. “We are presently working with a leading Indian power transmission and distribution company for implementing this technology,” says Prof. Srinivasan.

The team is exploring machine learning techniques to identify hotspots along the length of the cable with high accuracy. “Preliminary results show that our novel deep learning approach is able to provide enhanced temperature measurement accuracy as well as better spatial resolution compared to conventional filtering-based post-processing techniques,” he says.