Home Business Costco Has Been on a Tear. A Low Rate of Theft Is One Reason.

Costco Has Been on a Tear. A Low Rate of Theft Is One Reason. 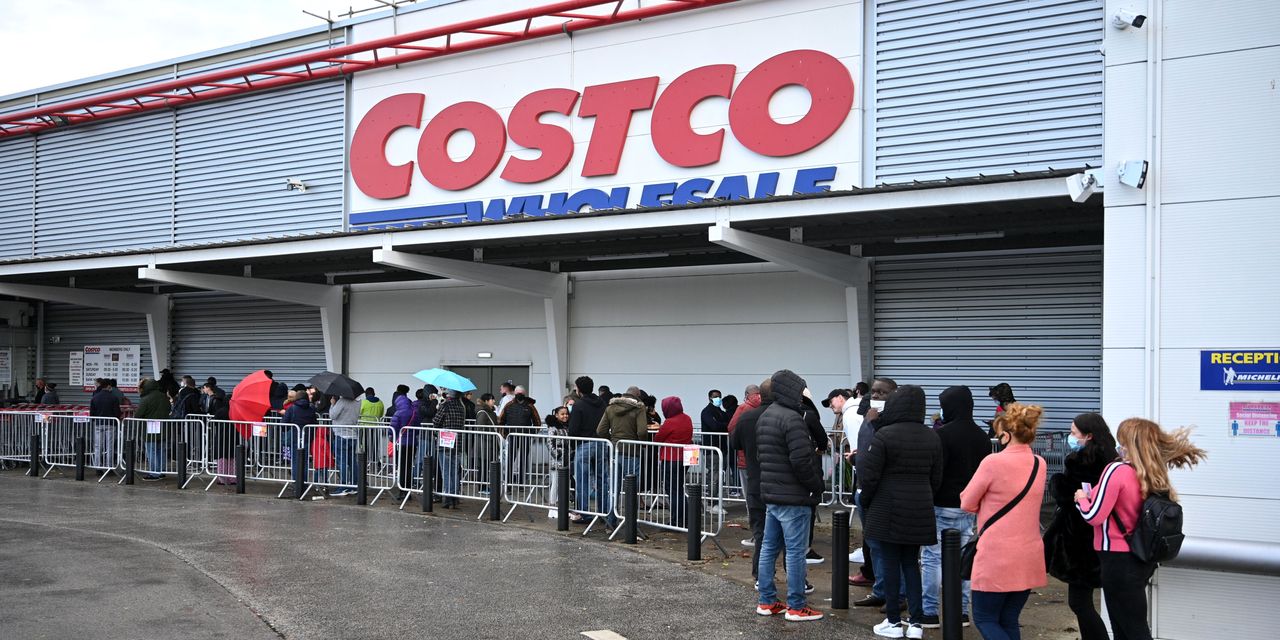 which has been evident during the pandemic, is based on a membership model, low prices, quality goods, limited selection, a treasure-hunt environment, and motivated employees.

Another area where the company (ticker: COST) continues to excel is in controlling shoplifting.

shrink, an industry term for merchandise lost to shoplifting and employee theft, is around 0.12% of annual sales, according to Rich Galanti, the company’s longtime chief financial officer.

shrink may be the lowest among major retailers, although few companies disclose the figure.

The comparable figure for supermarkets is believed to be in the 0.5% to 1% range and in the mid to high single digits for apparel retailers. Costco’s big rivals,

Costco’s low shrink is important because it operates with low profit margins, reflecting rock-bottom prices that appeal to its 59 million members, who have flocked to the company’s 803 warehouse stores worldwide during the pandemic. Barron’s wrote about Costco’s success on shrink two years ago.

Costco operates 558 stores in the U.S. including Puerto Rico; California is its most important market. Costco’s operating profit margin is just 3.5% and is under 2% when adjusting for its membership fees. The basic annual fee $60 a year.

Costco’s net sales rose almost 17% in its most recent quarter ending in late November relative to the year-earlier period and earnings increased 37%, to $2.62 a share.

Costco’s Galanti says the low shrink reflects a membership model, good employee relations, bulk items that make theft difficult, store configurations with only one entrance, and deterrence with a Costco employee checking receipts at the door.

“It’s a combination of things,” he says. “People aren’t going to steal [large packages of] toilet paper. There’s one way in and one way out of the stores, and we take care of employees.”

Costco’s strong employee relations are an underappreciated aspect of its winning strategy. It pays well by retailing standards and has low employee turnover in an industry not known for that.

Galanti says Costco’s annual employee turnover is 13% overall and falls to the 6% to 7% range for those on the job more than a year. Industry turnover is believed to be well above 20% annually.

Costco picks up about 90% of total health insurance costs, against an average of about 75% for corporate plans. Satisfied employees are less prone to steal from employers, with about two thirds of shrink generally attributed to employees rather than to customers.

Wall Street likes the Costco business model, competitive edge, and growth prospects, and the stock trades for one of the highest valuation among major retailers despite a modest online presence.

Costco shares, at around $352, fetch about 35 times projected earnings in the company’s fiscal year ending in August 2021, against a price/earnings ratio of 25 for Walmart and 22 for Target.

Costco got 6% of its $163 billion in sales from e-commerce in its most recent fiscal year, as online sales continue to rise sharply, increasing 86% in the November quarter. Costco’s percentage of online sales aren’t high by retailing standards, but are comparable to those at Walmart.

“We view Costco as one of the best positioned retailers to win market share over the coming quarters during and after the pandemic,” Cowen analyst Oliver Chen wrote after Costco’s latest earnings report in December. “We believe superb price/value, luxury product, and streamlined assortment help drive a sustainable high-margin membership stream.” He has an Outperform rating and price target of $410 a share.

As part of its low-price mission, Costco as a general rule will not mark up branded goods by more than 14% relative to its cost and 15% for its store-brand Kirkland products. Reflecting customer satisfaction, Costco’s membership renewal rate is around 91%.

Another Costco attribute is a veteran management team. Galanti and CEO Craig Jelinek both have been with the company since 1984.