Council of Architecture, architects urge IIM-A not to demolish dorms 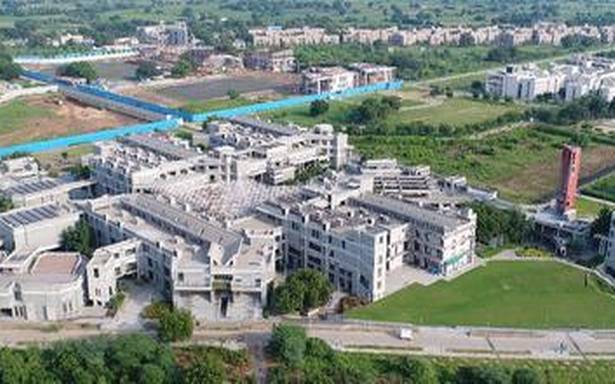 A group over 600 architects and academics from 118 universities around the world as well as the Council of Architecture (COA) on Thursday asked the Indian Institute of Management-Ahmedabad (IIM-A) to drop its proposal to demolish dormitories designed by iconic American architect Louis Kahn.

In separate letters to IIM-A authorities, the group of architects and the COA both said a restoration project should be undertaken instead of demolishing and rebuilding the dorms.

He said since the IIM-A had initially decided to restore the campus, the “recent, abrupt decision to demolish a historic precinct (the IIM dormitories) that retain its relevance and vitality in contemporary times, is difficult to comprehend for each constituent: architects, structural engineers, alumni of IIM, civil society, international universities, historians, artists, respected academicians across the globe, corporate leaders and several others”.

Mr Khan said the dormitories had withstood the 2001 Bhuj earthquake, a testament to its “basic structural safety” and added that there were internationally accepted guidelines for maintenance and repair of brick structures.

Requested the IIM-A to reconsider the demolition plan and continue the restoration project, Mr. Khan said it was “impossible for any respected architectural firm” to participate in the IIM-A’s request for bids for demolition.

In their letter to the IIM-A director and governing council, the group of over 600 architects and academics wrote that the proposed demolition would “seriously damage the global reputation of IIM-A”. “It would be an act of cultural vandalism,” they said.

“The dormitory buildings are intrinsic to the historic core of IIM-A and cannot be separated formally or experientially from the buildings around the Louis Kahn plaza (the classrooms, library and admin block)…Together they make a singular campus setting with no precedent nor match in the world. To keep one and not the other, would destroy the architectural soul of your esteemed campus, and undermine the very commendable efforts you have undertaken in conserving the library and lecture block,” they wrote.

They noted that the restoration architects Somaya and Kalappa Consultants had received UNESCO recognition in 2017 for the conservation of the IIM-A’s library and lecture ensemble.