Couple alert! Ananya Panday and Ishaan Khatter holidaying together in the Maldives? 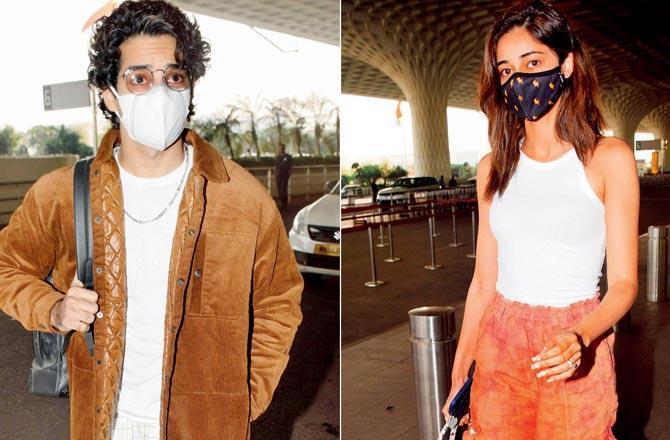 Looks like Ananya Panday and Ishaan Khatter are B-Town’s latest couple. They made their entry together at Katrina Kaif’s Christmas bash. Not only this, on Wednesday, the Khaali Peeli actors were spotted at Mumbai airport. There’s tattle that they took off for the Maldives for the New Year. A certain Mr Aaryan is history for Panday.

Ishaan Khatter shared snaps from his resort in the Maldives, and Ananya Panday, too, seems to have shared pictures from the same place.

Ananya Panday looks completely at ease and relaxed in her Maldives vacay photos. Looks like a beachy holiday is all the actress needed to get rid of the stress of 2020!

Ishaan Khatter and Ananya Panday were last seen in the film Khaali Peeli. Talking about their characters in the film, Ananya told IANS, “Neither of us have played such wild, unabashed, free-spirited, and adventurous characters in our career so far. Blackie and Pooja are constantly fighting like cats and dogs and yet they have so much love for each other. I like the fact that Pooja is fighting in crisis, she is streetsmart and she is quite refreshing to watch on-screen.”

On the work front, Ananya will be seen in two big-buck movies, Shakun Batra’s untitled next, and her pan-India film, Fighter, with Vijay Deverakonda. Ishaan, on the other hand, was recently seen in Mira Nair’s A Suitable Boy. The Dhadak star will also be seen in the 1971 war film Pippa, alongside Mrunal Thakur, Soni Razdan, and Priyanshu Painyuli.