Court Finds Evidence of Crimes Against Humanity in the Philippines 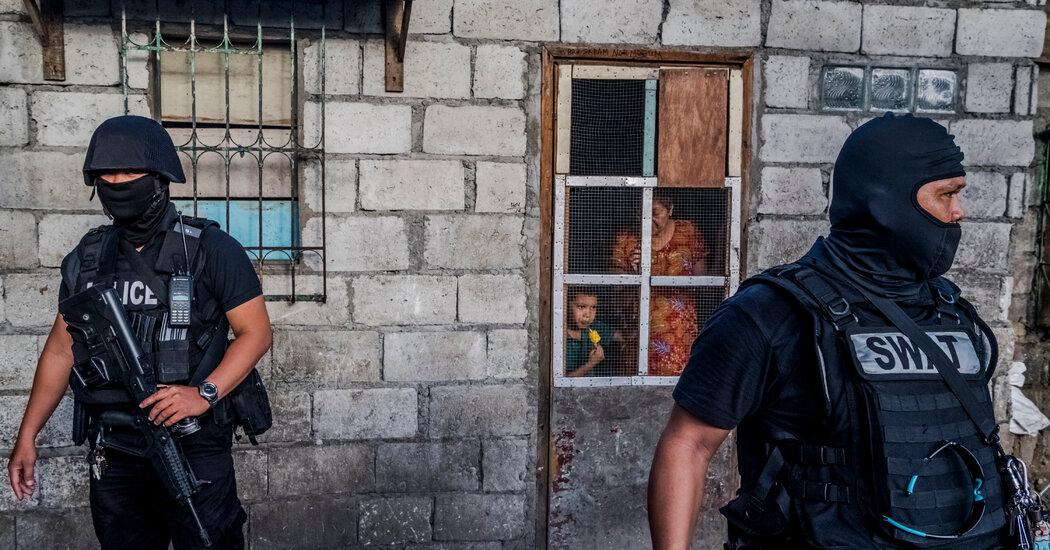 MANILA — The International Criminal Court issued a preliminary report on Tuesday in which it said there was evidence to show crimes against humanity had been committed in the Philippines under President Rodrigo Duterte, whose bloody drug war has left thousands dead since 2016.

The report was issued by Fatou Bensouda, the chief prosecutor of the I.C.C. It found there was “a reasonable basis to believe that the crimes against humanity of murder, torture and the infliction of serious physical injury and mental harm” had taken place.

The court will decide in the coming months whether to open a full investigation. The Philippines officially withdrew from the I.C.C. last year after multiple complaints were filed against Mr. Duterte.

According to the Philippine National Police, roughly 8,000 people accused of being involved in the illegal drug trade have been slain since Mr. Duterte launched his bloody war on drugs. Rights groups have reported higher numbers, and said the violence has continued even as the country remains under a coronavirus lockdown announced in March.

The latest incident took place last month, when Vincent Adia, 27, was shot three times by unidentified vigilantes on the streets of a town outside of Manila. Bystanders and witnesses took Mr. Adia to a hospital, where a gunman walked in and shot in him twice, killing him in front of a stunned and terrified hospital staff.

Mr. Duterte has denied any connection to the killings, attributing them to hit men belonging to rival gangs intent on eliminating each other. But his denials backfired in 2018 when three policemen were convicted of killing Kian Loyd delos Santos, a 17-year-old boy who was mistakenly identified as a drug dealer.

Surveillance video showed the police taking the teenager away before he was found dead moments later in what the police said was a shootout. The killing ignited widespread public anger and forced Mr. Duterte to temporarily freeze the drug war.

Cristina Palabay, head of the Filipino rights group Karapatan, said on Tuesday that the I.C.C. report confirmed what was known all along.

“The complaints against Duterte at the I.C.C. remain a very important and viable venue in pursuing justice and accountability, despite the Philippines’ withdrawal,” Ms. Palabay said.

While the I.C.C. cannot force Mr. Duterte to appear before the court in The Hague, Ms. Palabay said the preliminary report is significant in the fight for human rights in the Philippines.

Etta Rosales, the former chairwoman of the Philippines’ Commission on Human Rights, welcomed the new findings, and stressed that the report was a triumph in the effort to hold Mr. Duterte and his government accountable.

“We have repeatedly warned Mr. Duterte that he would eventually face the law,” Ms. Rosales said. “He will be made accountable for all the spilled blood. Time is catching up with him.”

“Let this be an example of how no one is above the law,” she added.

Mr. Duterte has frequently ridiculed Ms. Bensouda, the I.C.C. prosecutor, and angrily rejected the investigation. In March 2019, he withdrew the Philippines as a signatory to the Rome Statute, the international treaty behind the I.C.C.

Ms. Bensouda’s office investigated allegations that unidentified assailants had “carried out thousands of unlawful killings” in the Philippines, and that Mr. Duterte and senior members of his police had “promoted and encouraged the killing of suspected or purported drug users.”