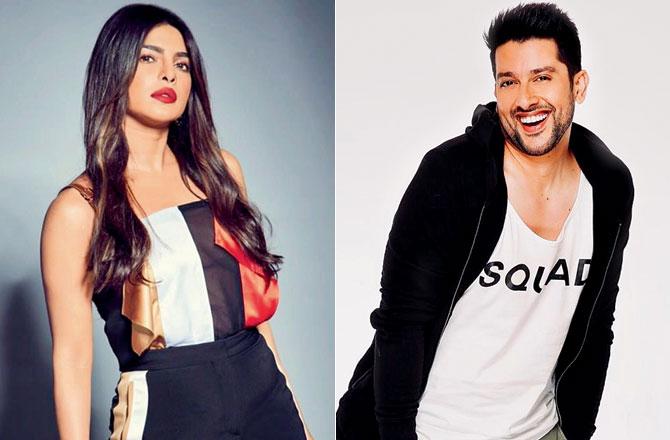 The United Kingdom imposed a Tier 4 lockdown from Sunday to curb the spread of a new variant of COVID-19, triggering a domino effect in countries and across industries. Among those finding themselves stranded amid the lockdown is actor Priyanka Chopra-Jonas.

Chopra was filming the Hollywood romantic drama, Text For You, with Sam Heughan in London since November 29. While the schedule of the Jim Strouse-directed venture was to run well into January, it is now heard that the production team is making arrangements for a quick return to the US, in the wake of the travel restrictions that have been imposed. “The producers have halted production at the moment. Their top priority is to ensure the safe return of the cast and crew. Special permissions are being sought to travel back to the US, but the procedure may take longer than usual with the lockdown rules becoming stricter than ever before. It is possible that Priyanka and the rest of the unit will have to stay put in the UK for a while,” says a source.

The move has also impacted the itinerary of Aftab Shivdasani, who had returned to wife Nin and daughter Nevaeh in England earlier this month. After spending the holidays with his family, the actor was to fly down to India to begin work on his home production. “We are in the process of finalising the dates for the project. It won’t roll before January though,” he says. Even as he rues that it will be a muted Christmas in the wake of recent developments, the actor believes it is better to be safe than sorry. “We weren’t going to public places anyway because our daughter is young. We didn’t want to take a risk.” Sonam K Ahuja, who has been stationed in the British capital with husband Anand Ahuja since mid-July, will spend the holiday season there.

Closer home, Bollywood films that were to be shot in the UK have been put on hold till the situation improves. Come January, Neena Gupta and Kalki Koechlin-starrer Goldfish was to go on floors in the Queen’s City. Gupta says she dialled director Pushan Kripalani’s number as soon as the latest round of curfew was announced, to determine the way forward. “We were supposed to start shooting by January-end. Now, the makers are waiting for things to settle down. Unless the situation stabilises, we will stay put,” she says. Rumours suggest that a major Bollywood production was to roll in London next month.